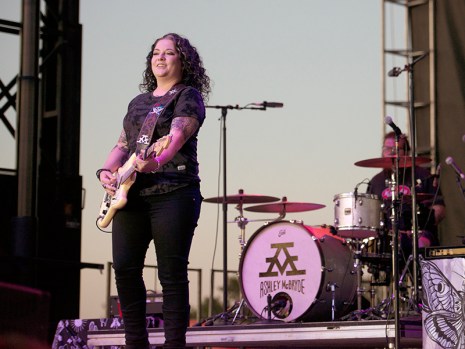 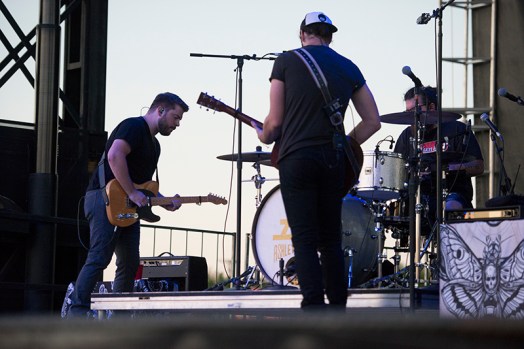 The trio of Chris Harris, Matt Helmkamp and Quinn Hill warm up before the start of the show Tuesday night. - Tyler Julson/Albert Lea Tribune 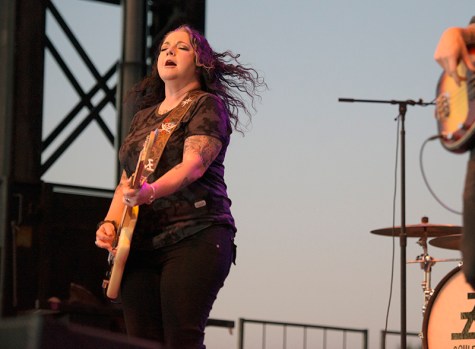 McBryde gets into a song as she dances on stage with her guitar Tuesday night at the Freeborn County Fair. - Tyler Julson/Albert Lea Tribune 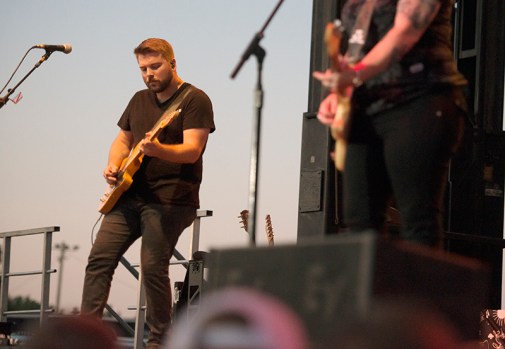 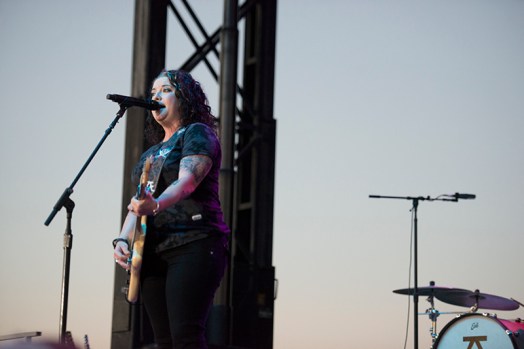 McBryde played many fan favorites during her set, including "Girl Goin' Nowhere," "A Little Dive Bar in Dahlonega" and "Tired of Being Happy." - Tyler Julson/Albert Lea Tribune 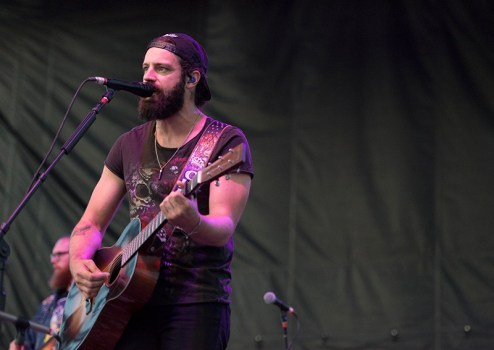 Guitarist Chris Harris sings his part in "You're Going to Miss Me When I'm Gone," a project McBryde worked on with legendary country duo Brooks and Dunn. - Tyler Julson/Albert Lea Tribune 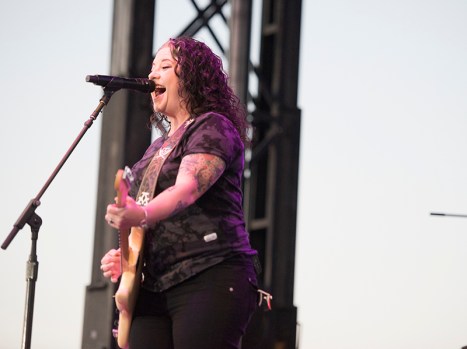 McBryde played a 16-song setlist including a one-song encore during her time at the Freeborn County Fair Tuesday night. - Tyler Julson/Albert Lea Tribune 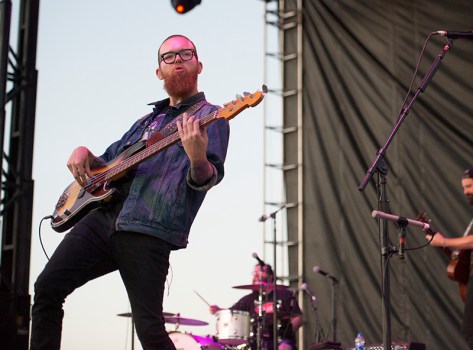 McBryde's bass guitarist Chris Sancho steps to the front of the stage for one of his solo sections during a song Tuesday night. - Tyler Julson/Albert Lea Tribune

Celebrating her 36th birthday, the Grammy-nominated artist kicked off her set with the song “Livin’ Next to Leroy” off her sophomore album “Girl Goin’ Nowhere.” By her third song, “Radioland,” McBryde had the crowd moving along with her as fans packed the pit area.

McBryde started her fourth song by mentioning she and her band had recently spent two weeks in a garage followed by two weeks in a studio recording her next album. She played “One Night Standards” from the album, much to the delight of her diehard fans.

McBryde also played a song from the recent “Reboot” album by Brooks and Dunn, a project she was called upon by the duo themselves to help with. She enlisted the help of guitarist Chris Harris to help her out with the vocals of “You’re Going to Miss Me When I’m Gone.”

After a few more songs, McBryde switched gears and sent the band off stage and played a three-song set with just her and a guitar. The first song of the set was “Bible and a .44,” a song that pays tribute to her father. She followed with a song about the many uses of Styrofoam and concluded with her hit single “Girl Goin’ Nowhere,” bringing the rest of the band back midway through the song.

She then ramped the energy back up with “American Scandal” and perhaps her most popular song, “A Little Dive Bar in Dahlonega,” which was named one of the top 25 country songs of 2017, according to Rolling Stone magazine.

Before starting the closing portion of the set, McBryde addressed the crowd, saying, “Playing music is the love of” her life.

McBryde kept the party going with “El Dorado,” “Home Sweet Highway” and “Tired of Being Happy” before leaving the stage. However, the loyal fans in the stands stayed put, chanting for more.

McBryde and the band quickly returned to the stage to play one more song — a song which McBryde said they had only played twice over the past two years. The bar for the rest of the fair entertainment was set high by McBryde and company, as the entire crowd was on its feet by the end of the final song.