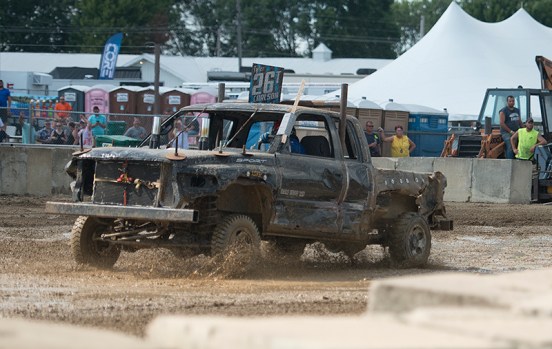 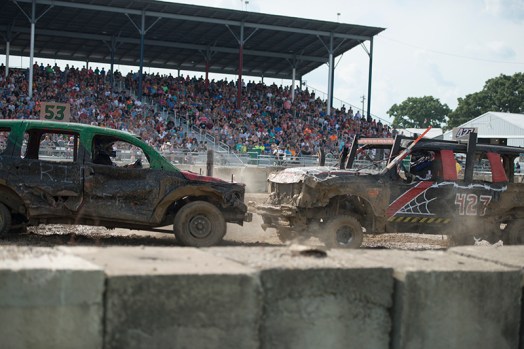 The Grandstand and areas surrounding the pit were filled with spectators who came out to witness the carnage put on by the Masters of Disaster service. - Tyler Julson/Albert Lea Tribune 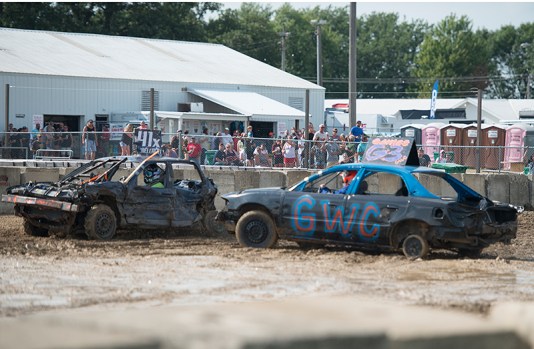 Kenna Gaines, a champion from one year ago, gears up to hit an unsuspecting driver Sunday in the Freeborn County Fair demolition derby. - Tyler Julson/Albert Lea Tribune 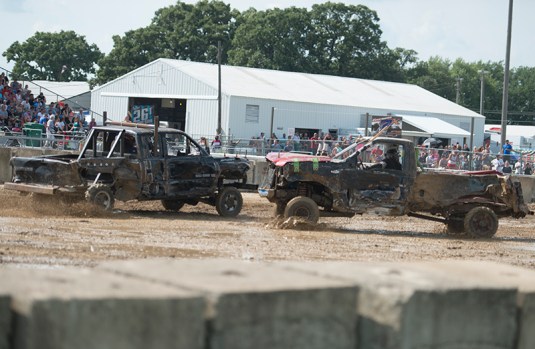 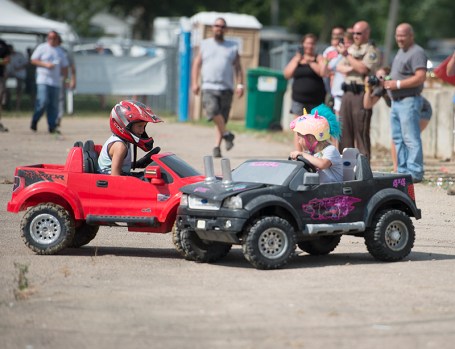 Young demolition fans were invited to participate in the power wheels derby that took place before the action got started Sunday afternoon. - Tyler Julson/Albert Lea Tribune 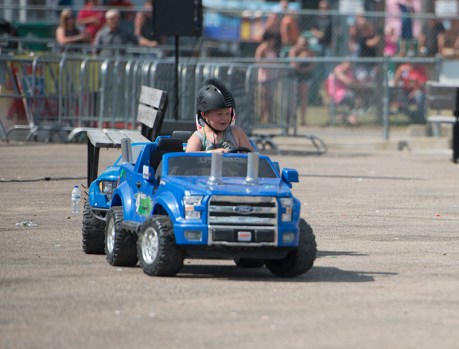 The 6 Best Days of Summer conclude with a demo derby

The annual demolition derby capped off the Freeborn County Fair Sunday afternoon with an action-packed and hard-hitting two hours of carnage.

Put on by the Masters of Disaster, the demolition derby featured four different classes, including trucks, rookie class, mini and compact classes.

Drivers in each class were awarded with prize money and a trophy, depending on their finish. Fan participation was also encouraged, as the crowd was called upon to cheer for who they thought was the hardest hitter after each class finished.

Standings for each class were as follows:

* denotes the winner of hardest hitter as voted on by fans.