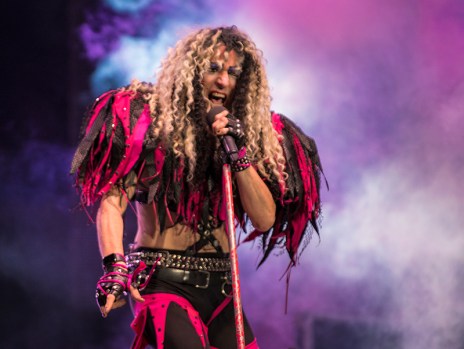 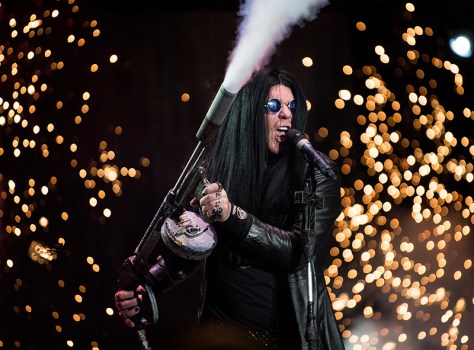 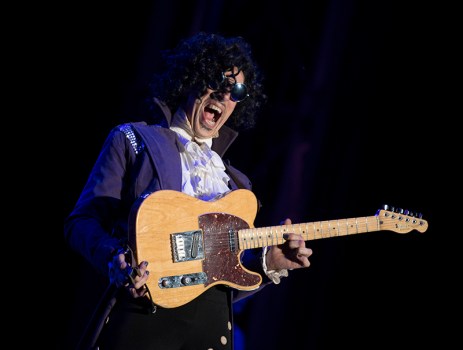 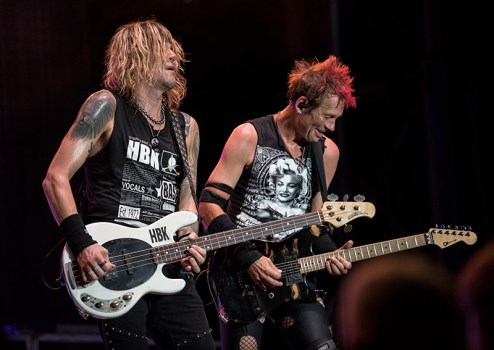 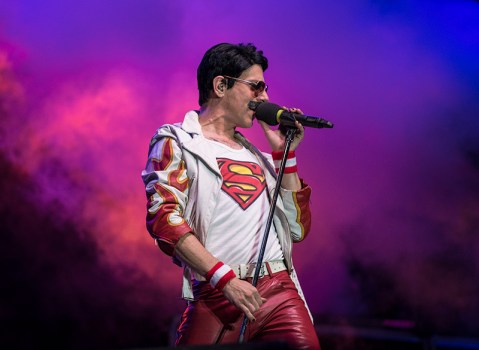 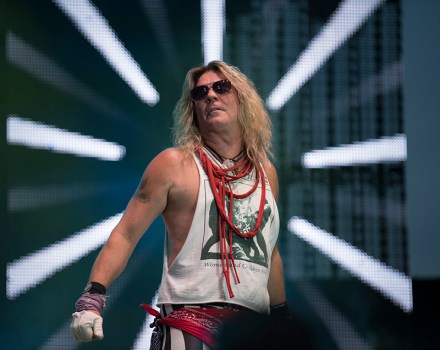 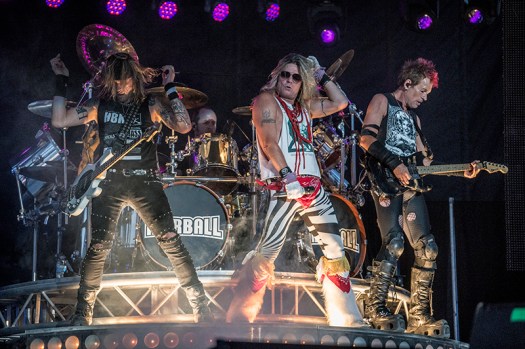 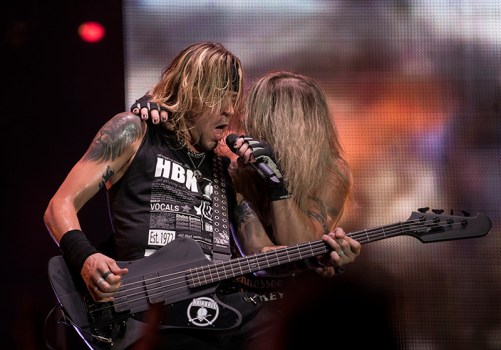 Brian “HBK” Hollenbeck sings along with a Hairball singer who is dressed as Vince Neil of Motley Crue. - Colleen Harrison/Albert Lea Tribune 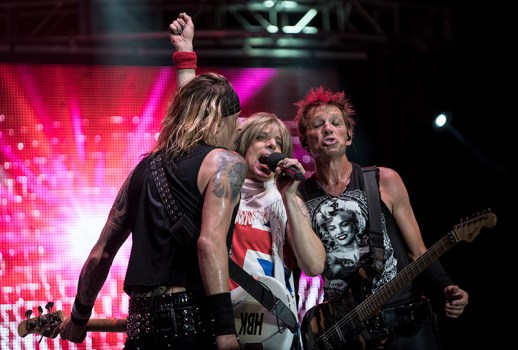 Def Leppard's "Photograph" and "Pour Some Sugar on Me" were performed Thursday during Hairball's night in the Grandstand. - Colleen Harrison/Albert Lea Tribune 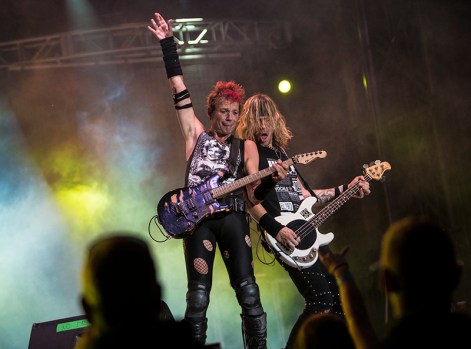 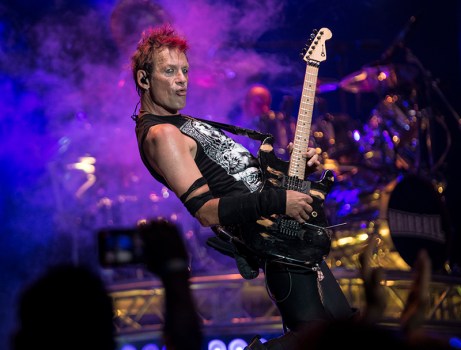 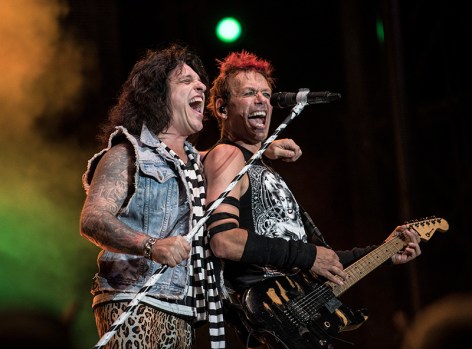 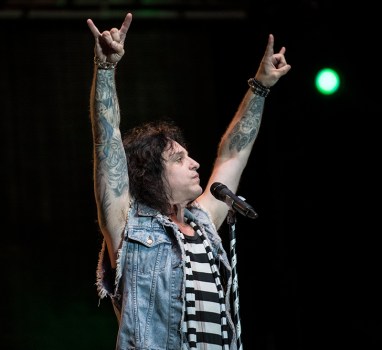 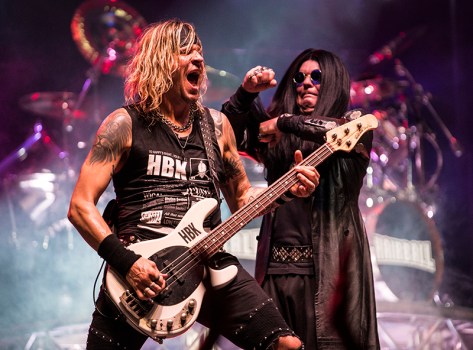 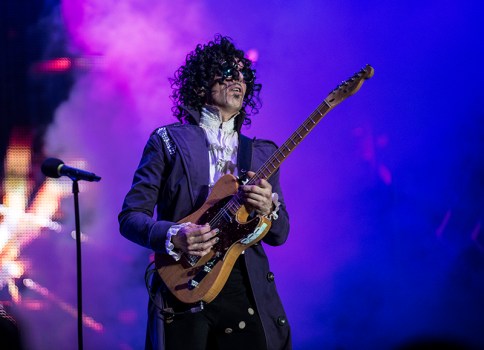 Hairball paid tribute to Minnesota's Prince during the first half of its encore Thursday. - Colleen Harrison/Albert Lea Tribune 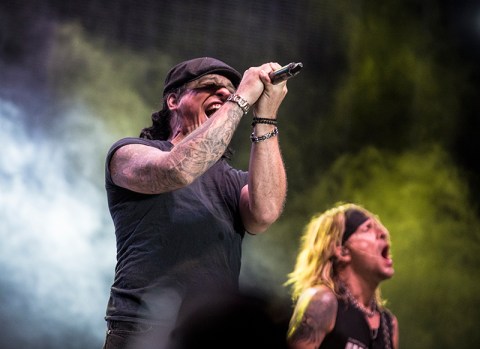 Covers of AC/DC's “For Those About to Rock,” “Shoot to Thrill” and “You Shook Me All Night Long” finished the second half of Hairball's encore. - Colleen Harrison/Albert Lea Tribune 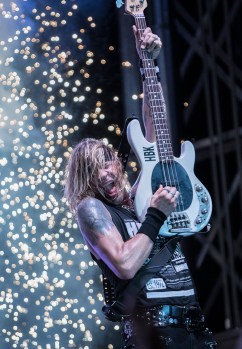 Rock cover band blows the roof off of the Grandstand

Hairball brought rock ’n’ roll classics to Albert Lea on Thursday as the Grandstand entertainment for the third night of the Freeborn County Fair.

Hairball — “a bombastic celebration of arena rock,” according to its website — lived up to its own description. Covering and paying tribute to different rock classics accompanied with the visual effects of smoke machines, pyrotechnics and too many costume changes to count, the band had people on their feet and singing along at the Freeborn County Fairgrounds from the opening cover of Van Halen’s “Unchained” to the group’s final encore with AC/DC’s “You Shook Me All Night Long.”

With the volume up to 11 and the crowd singing, the show was likely to be heard anywhere in town, and for good reason.

Hairball is anchored by guitarist Mike “Happy” Schneider, bassist Brian “HBK” Hollenbeck — who is originally from Clarks Grove, according to Schneider — and drummer Billy Thommes. The vocals for the wide range of covers the band performs are executed by three different lead singers — Bobby, Kris Vox and Joe Dandy.

A trio of Van Halen songs started the night off Thursday, before the band switched through singers — and costumes — to go through the likes of Twisted Sister, Bon Jovi and Motley Crue. Schneider took a break in between “Kickstart My Heart” — which had pyrotechnics punctuating the “Oh” and “Yeah” of the chorus — and “Dr. Feelgood” to riff out the national anthem on his guitar, likely paying homage to when Jimi Hendrix played “Star Spangled Banner” at Woodstock almost exactly 50 years ago.

“Tonight is a night to celebrate,” Schneider said to the crowd. “It’s the first night of the rest of our lives.”

The band then launched into covers of Def Leppard and Poison — where the crowd helped sing the chorus of “Nothin’ but a Good Time” before helping to sing along to Guns N’ Roses’ “Welcome to the Jungle” and “Sweet Child O’ Mine.”

Following the singer’s attempts at trying to match Axl Rose’s range, Schneider took the microphone once again to talk with the crowd. He gave a shout out to veterans and active military members, as well as all law enforcement and first responders — “everyone who keeps us safe,” he said.

A Stage 3 cancer survivor himself, Schneider said Albert Lea Fire Department Lt. Brett Boss talked with him before the show about his own experience fighting and surviving Stage 4 Ewing’s sarcoma.

The show then came back with renditions of Queen’s “Under Pressure” and “Bohemian Rhapsody,” during which confetti cannons went off.

The regular set finished off with Quiet Riot’s “Metal Health,” Black Sabbath’s “Iron Man” and Ozzy Osbourne’s “Crazy Train” before the crowd brought the band back out.

Hairball opened its encore with an homage to Minnesota’s own Prince — with a singer who came out with his own guitar to blow the roof off of “Let’s Go Crazy” and “Purple Rain.”

Covers of AC/DC’s “For Those About to Rock” — accompanied by cannon fire, “Shoot to Thrill” and “You Shook Me All Night Long” finished out the night, bringing every band member on stage to a standing ovation from those in attendance.