Huskies too much for Tigers 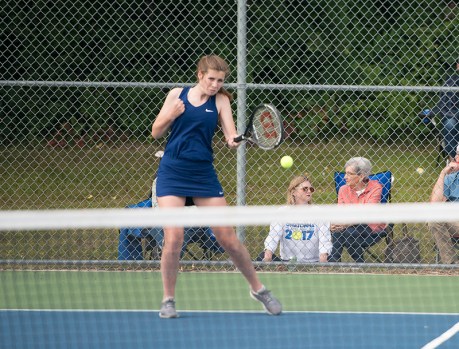 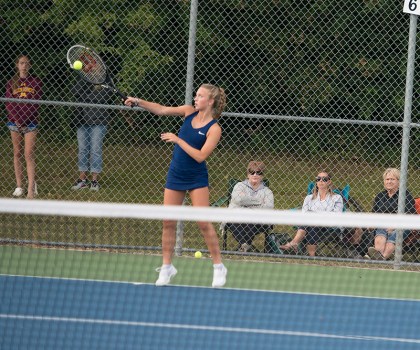 Albert Lea junior Hannah Conn returns a shot against her Owatonna opponents Tuesday afternoon at home. Conn won the match along with her partner, senior Kaedyn Kirchner, for the only Tigers win on the day. - Tyler Julson/Albert Lea Tribune 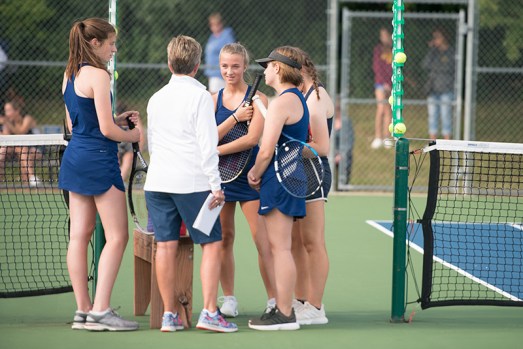 Albert Lea co-head coach Karol Hansen talks with the teams of Kaedyn Kichner and Hannah Conn and Dominica Eckstrom and Maddie Prihoda during a break in their matches. - Tyler Julson/Albert Lea Tribune 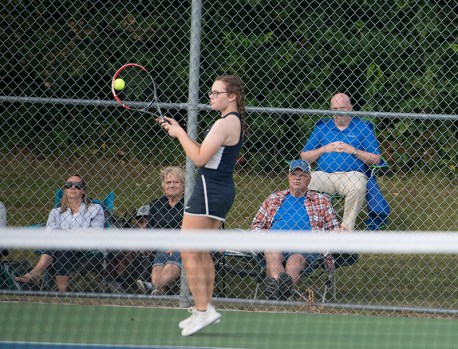 The Tigers picked up one win, but were outmatched by the Big Nine Conference powerhouse, falling to the Huskies 6-1.

The lone Albert Lea win came from the duo of senior Kaedyn Kirchner and junior Hannah Conn in the No. 2 doubles spot. It was not an easy win, either — the match was the only varsity match to reach the third-set tiebreaker.

Seniors Carley Talamantes and Brooke Maier lost 6-3, 6-2 at No. 1 doubles and seniors Maddie Prihoda and Dominica Eckstrom fell in the No. 3 doubles position 6-2, 6-3.

The Tigers fall to 0-5 in duals this year and will play again Thursday when they hit the road to take on the Cardinals of Fairmont.