The Tigers fall to the Eagles in Albert Lea 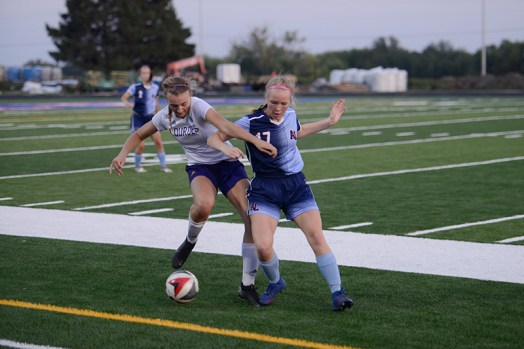 Albert Lea sophomore Lindsey Bizjak fights for the ball Tuesday night in the matchup against Rochester Lourdes. The Tigers lost the match to the Eagles 4-1. - Tyler Julson/Albert Lea Tribune 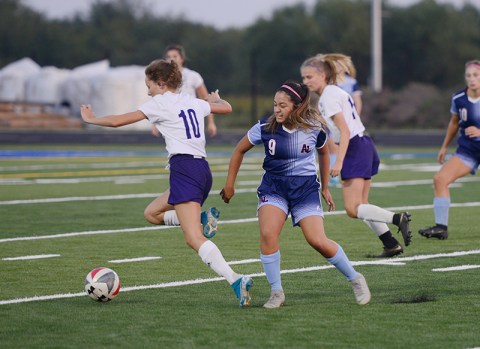 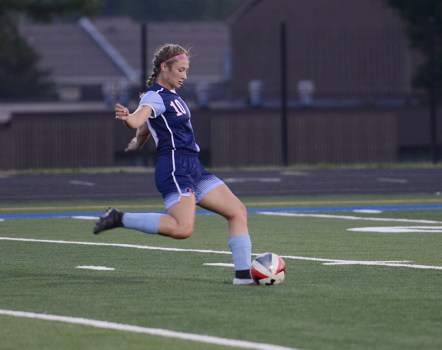 Senior Turnea Schultz takes a free kick Tuesday night at home. The shot would sail over the net, but Schultz scored in the second half to give the Tigers their only score of the match. - Tyler Julson/Albert Lea Tribune 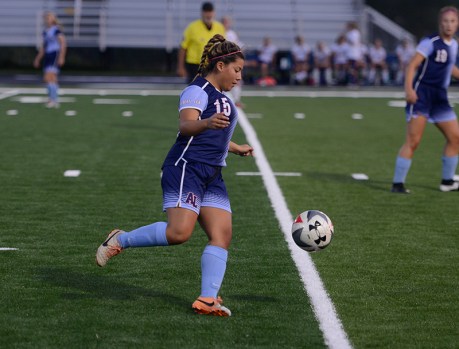 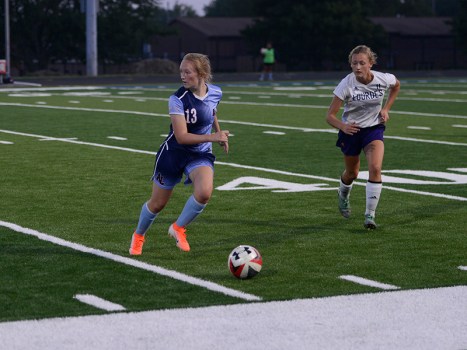 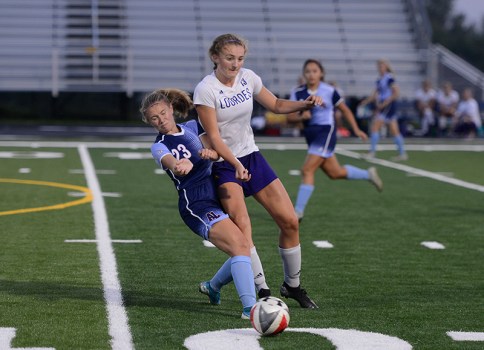 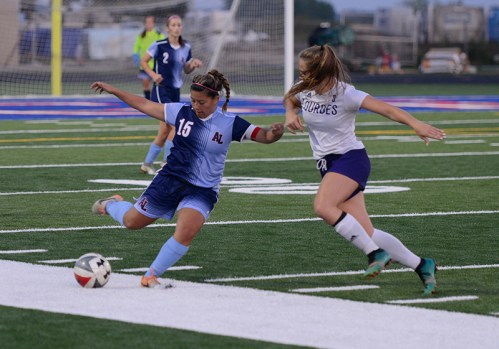 Albert Lea junior Jacy Rosas clears the ball from deep in Tigers territory Tuesday night at home against Rochester Lourdes. At halftime, the Tigers trailed the Eagles 2-0. Look to Thursday’s edition of the Tribune for final results and a story. - Tyler Julson/Albert Lea Tribune

Rochester Lourdes’ physicality too much for Albert Lea team

The Albert Lea girls’ soccer team hosted Rochester Lourdes Tuesday night in hopes of getting back on the winning track after falling to Owatonna Monday.

The physicality of the Eagles was too much for the Tigers to handle. Despite a late second-half goal from senior Turena Schultz, the Tigers fell 4-1.

Albert Lea was able to keep pace with Lourdes in the opening portion of the matchup, even getting a handful of free kicks deep into Lourdes territory. However, with around 24 minutes left in the first half, Lourdes struck with its first goal.

It would not take long for the Eagles to strike again and take a 2-0 lead. Just before the end of the half, the Eagles struck again and took a 3-0 lead into the halftime break.

The Tigers came out in the second half and played a stronger defense, only allowing one Eagles goal. Schultz scored the Tigers’ only goal of the game off an assist from fellow senior Sydney Collins.

Freshman Madison Vandersyde started in the net for Albert Lea and made 25 saves.

Albert Lea only managed to get four shots on goal throughout the night, while Lourdes racked up 17 and had three corner kicks.

The Tigers fall to 3-6 on the season and will be back on the pitch Thursday when they travel to Northfield to take on the 4-3-1 Raiders.