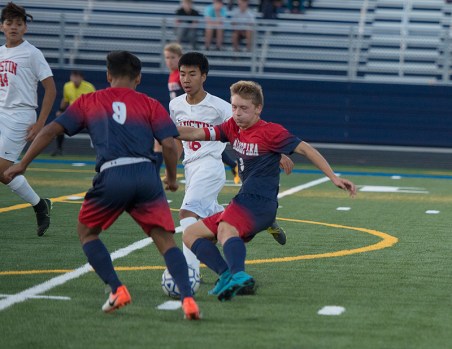 Albert Lea senior Cole Indrelie tries to maintain possession of the ball Tuesday night against Austin. The Tigers lost the match to the Packers 6-0 in the first game played in the new Hammer Complex. - Tyler Julson/Albert Lea Tribune 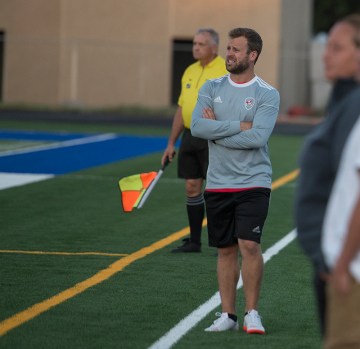 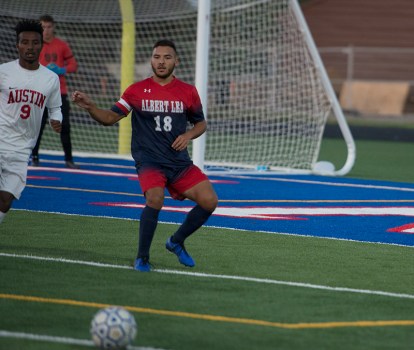 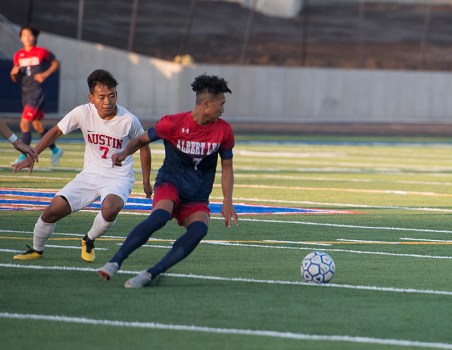 Albert Lea senior Lei Htoo tracks down a lose ball Tuesday against Austin. The Tigers fall to 1-3 after the loss to the Packers. - Tyler Julson/Albert Lea Tribune 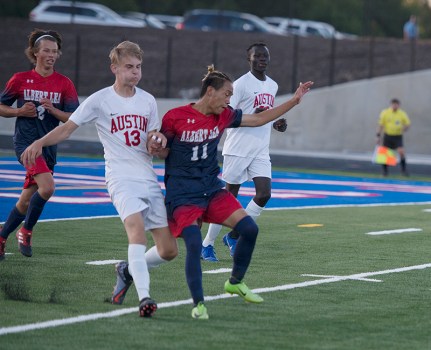 The boys’ soccer team kicked off a new era for Albert Lea sports Tuesday night when it hosted Austin in the first game played in the new Hammer Complex.

Despite a few near-misses in the first half, the Tigers could not match the play of the No. 9 in Class 1A Packers in the second half, falling 6-0.

The Tigers started with a free kick on the Packers’ side of the pitch just two minutes into the first period, but nothing would come of it. The Packers had a free kick of their own two minutes later, but again, no goal was scored.

Albert Lea came close to a goal with around 34 minutes left in the half, but the opportunity was thwarted by a physical Austin presence on defense. Junior Caleb Hanson started his night with a big save 10 minutes into the half that halted a momentous Austin push.

The Packers broke the tie at the 22:20 mark in the half when a nearly impossible shot to block snuck over Hanson’s gloves in the top right corner.

Senior Lei Htoo came close with a shot minutes later, but the shot was again stopped. Hanson continued his big night in the net through the rest of the first half, coming up with a handful of pivotal saves.

Austin had a corner kick and a free kick before the half ended, however, neither opportunity amounted to a goal. The first half came to an end with Austin leading 1-0.

The Packers controlled the ball for much of the opening portion of the second half. The ball spent a lot of time in front of the Tigers net, but was never in good-enough position to take a decent shot.

That was until the 31-minute mark, when a shot by an Austin forward narrowly missed the top left of the net when the ball failed to make the bend.

The Packers started to open up the game with 13 minutes passed in the second half, when they scored their second goal of the game with a shot from roughly 20 yards out.

Austin was awarded a penalty kick less than a minute later, during which it capitalized and widened the lead to 3-0 with 26 minutes remaining.

The Packers took a firm grasp of the game with 21 minutes left after scoring back-to-back goals within one minute of each other.

Albert Lea gave up another goal before the end of the game, but could not control the ball long enough to come up with another opportunity themselves.

The Tigers fall to 1-3 on the season and will play again Thursday, when they travel to Faribault to take on the 3-0 Falcons.