Tigers lose a heartbreaker to the Falcons 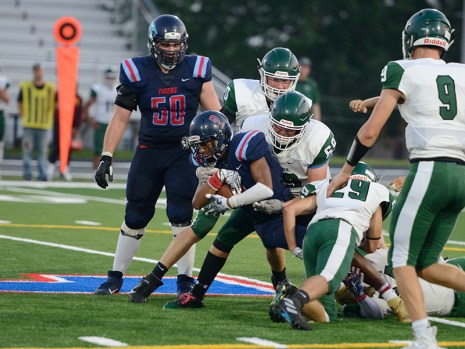 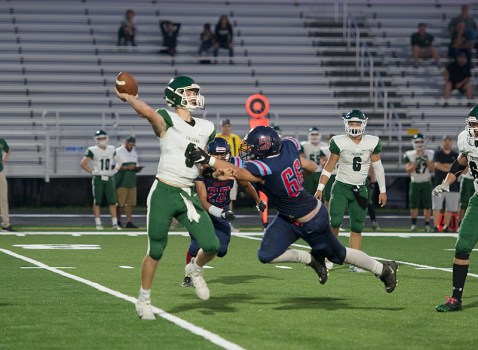 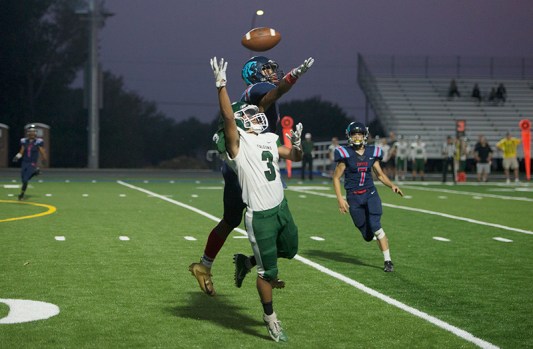 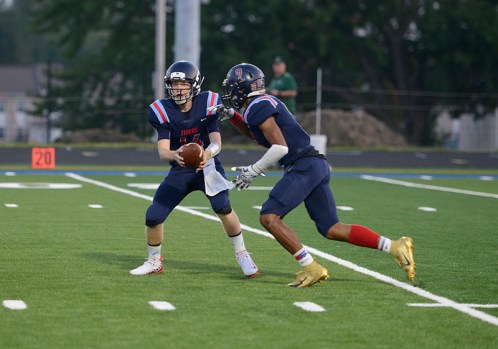 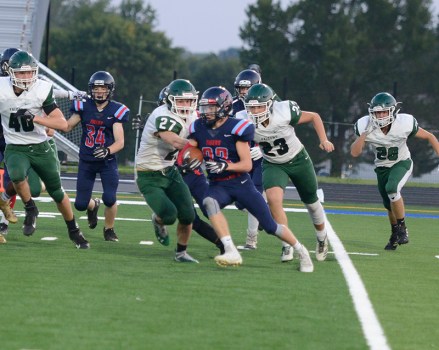 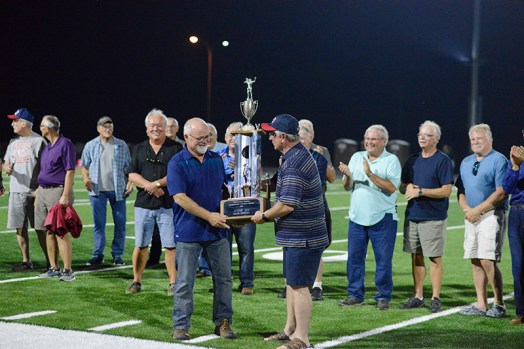 Members of the 1968 and 1969 state championship teams were honored at halftime during Friday night's game. - Tyler Julson/Albert Lea Tribune

The Albert Lea football team defended home turf for the second consecutive week Friday night, hosting Faribault and hoping to even its record at 2-2.

Despite leading for much of the second half, the Tigers fell victim to a late score, losing to the Falcons 28-24.

The Falcons were the first to get on the scoreboard, punching the ball in on their first drive of the game. The score came via an eight-yard rush. A failed two-point conversion left the score at 6-0 with just over nine minutes left in the quarter.

The Tigers opened their first drive of the game and answered right back. Senior running back J.J. Mucha-Owens shot a boost of momentum through the team when he broke off a 50-yard run to put the team at the six-yard-line. Two plays later, Mucha-Owens hit paydirt on a three-yard score. The ensuing PAT was blocked, evening the score at 6-6.

The Albert Lea defense found its stride in the following drive, taking the Falcons backwards on the drive, netting negative one yard before punting.

Mucha-Owens found the endzone again on the next possession, this time ending a long 51-yard run in the endzone. A successful PAT by senior Izzy Cabezas put the Tigers up 13-6 with less than two minutes remaining in the opening quarter.

Faribault threatened to score again when a big play put them deep in Albert Lea territory. However, four stops by the Albert Lea defense forced a turnover on downs at the 29-yard line.

The Tigers were unable to capitalize on the stop and were backed up by penalties on their next drive. A short punt put the Falcons in favorable field position and they used it to their advantage, capping off their drive with a three-yard score. The touchdown and successful two-point conversion put the Falcons on top 14-13.

Albert Lea answered right back on the following drive, highlighted by a 29-yard run from Mucha-Owens to the six-yard line. Sophomore Cam Davis put the ball in the endzone on a one-yard push and put Albert Lea back on top. Senior Logan Howe found Cabezas in the endzone for the two-point conversion and a 21-14 lead with 2:39 left in the half.

The Tigers caught a break as the half was winding down, when the Falcons dropped what would have been a touchdown on fourth down. The teams went to the half with the Tigers on top 21-14.

Albert Lea opened the second half with a long drive that wore out the Faribault defense. Mucha-Owens converted a fourth and five with a six-yard run and senior Janyjor Ruei caught a long pass to convert a second and 29.

The drive capped off with a 31-yard field goal by Cabezas, putting Albert Lea up 24-14 after a nine-minute possession.

Up 10 points to start the fourth quarter, Albert Lea got another big fourth-down stop inside their own 30-yard line.

The Tigers had a chance to surely put the game away with a score on their next drive, however, a fumble at midfield gave the ball back to Faribault in prime field position. The Falcons used the opportunity to tighten the game on a 10-yard touchdown and successful two-point conversion to close the Tigers’ lead to 24-22.

The Tigers drained more time off their clock on their next drive, but it fizzled after a failed fourth down conversion, giving the Falcons the ball back down two with under two minutes remaining.

After a converted fourth and 13 by Faribault, the Falcons caught the Tigers staggering and threw for a 44-yard score to take a four-point lead with 58 seconds remaining.

Albert Lea was unable to bounce back from the score and had a pass intercepted to end the game.

Head coach Corey Black talked about the message he gave the team after the heart-breaking loss.

“We played a heck of a ball game,” Black said. “Literally, we had two busted plays that went for touchdowns for them. We take those two plays out of the game and we’re dominating them. Everything was working tonight. We didn’t punt once. That tells you how well we were rolling offensively.”

The Tigers controlled the ball for much of the second half, which Black said was the plan coming out of the halftime break.

“We went down there, found ourselves in a fourth down and Izzy put it through for us, just how we planned,” Black said. “For us, we were just one time away from slipping into the endzone, putting the stamp on this game and running away from them.”

The Tigers fall to 1-3 on the season and will play again Friday on the road in Mankato, where they will take on the East Cougars.