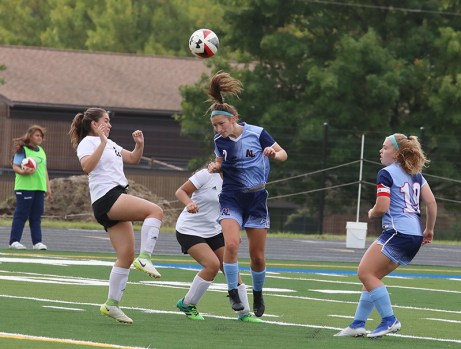 Albert Lea junior Laura Flaherty advances the ball with her head Saturday when the Tigers hosted Worthington. The Tigers dominated the Trojans 13-0. - Provided 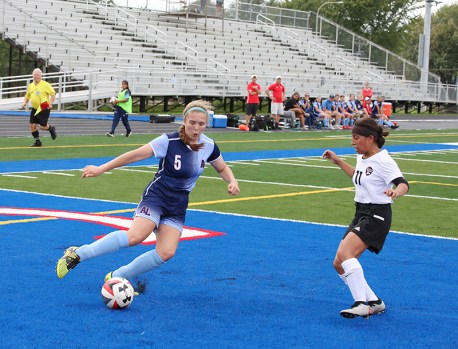 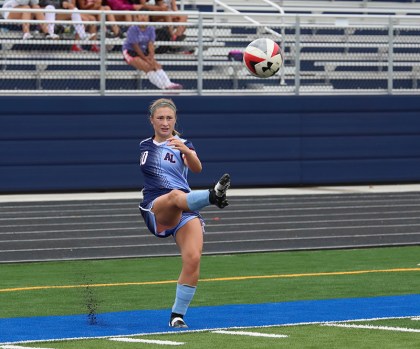 Albert Lea senior captain Turena Schultz takes a free kick for the Tigers. Schultz scored one of the Tigers' 13 goals and assisted on six more. - Provided 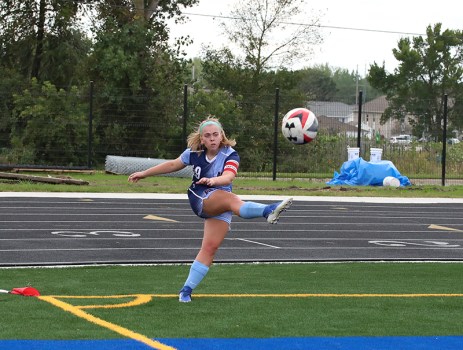 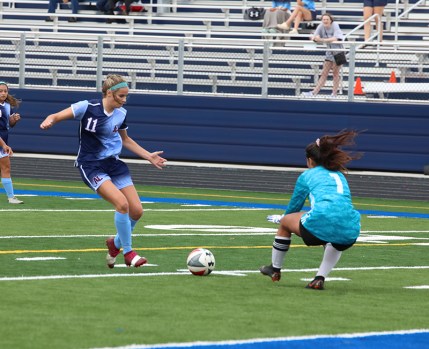 Junior Lucy Sherman attempts to get around the Worthington goalie Saturday afternoon. - Provided

After losing three straight games by two goals or more, the Albert Lea girls’ soccer team came back in a big way when it hosted Worthington Saturday afternoon.

Led by sophomore Esther Yoon with five goals, the Tigers dominated every aspect of the game against the Trojans, winning 13-0.

Yoon scored the first goal of the game less than two minutes into action off an assist from senior Turena Schultz. Yoon found the net again eight minutes later on a break-away through ball assisted again by Schultz.

Schultz got in on the scoring action herself later in the half with an outside shot assisted by sophomore Abigail Chalmers. Yoon went on to score three more goals before the halftime whistle, putting the Tigers up 6-0 at the break.

Coming out in the second half, the Tigers had three players score two goals each. Chalmers, junior Laura Flaherty and sophomore Lucy Stay each had two goals of their own and senior Sydney Nelson tacked one on as well.

Schultz assisted on six of the 13 Tigers goals, Chalmers on two, and Nelson and juniors Mikayla Hillman and Maddie Schneider each had one.

Albert Lea had 45 shots on goal during the matchup and nine corner kicks.

The Tigers move up to 4-7 on the season and will play again Tuesday when they travel to Mankato to take on the East Cougars.