A visit to Albert Lea 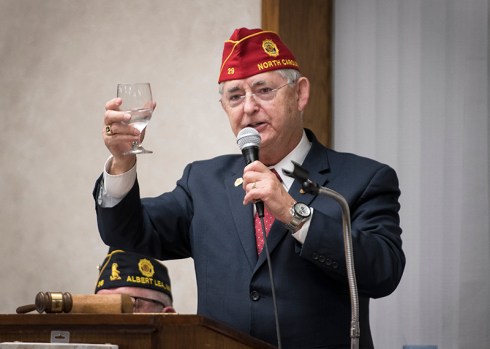 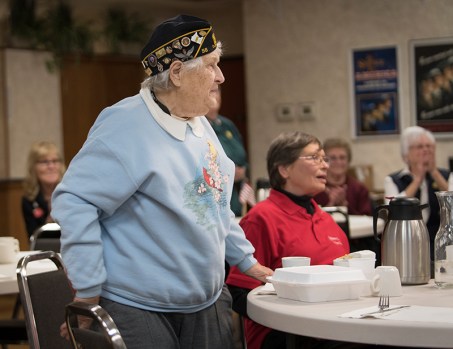 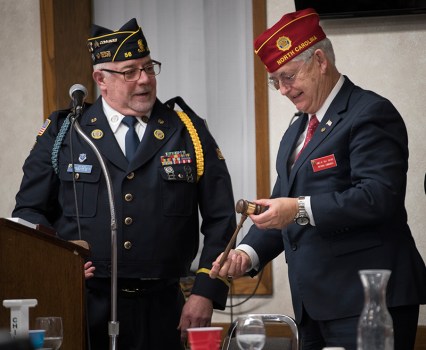 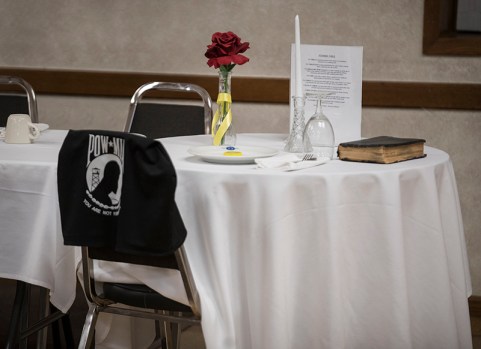 A seat was reserved in honor of missing in action and prisoners of war service members. - Colleen Harrison/Albert Lea Tribune

James W. “Bill” Oxford, who is traveling through southern Minnesota this week, encouraged people in attendance to help recruit new members to the longtime organization, which has nearly 13,000 posts across the nation and overseas.

“We hold the future of this organization,” Oxford said. “We are the stakeholders.”

He said the organization was founded on four pillars: a strong national security, veterans affairs, Americanism and youth programs.

Regarding youth programs, he said in the last year the American Legion had supported 55,000 baseball players on the field; 18,000 Boys State delegates across the country; 14,000 Girls State delegates; and an untold number of ROTC cadets.

“Those are the future leaders of this country,” he said.

As the organization moves into the next 100 years, he said it is important to show how Legionnaires are involved in the community and the impact they can have through various programs.

He acknowledged the LEGION Act, which was signed into law in 2019, expanding eligibility into the Legion to include veterans who served in U.S. military conflicts previously unrecognized by Congress as war eras, but said members also have to reactivate the members they have now.

He said of the about 22 veterans who are committing suicide each day, only six of those are enrolled in mental health services through the U.S. Department of Veterans Affairs.

He said people must reach out to families, neighbors and others in the community and raise awareness of the issue and encourage people to say something if they see someone who is struggling.

Oxford, a native of Lenoir, North Carolina, was elected national commander in August 2019 in Indianapolis. He has been a part of the veterans organization since 1986 and served in the U.S. Marine Corps, the North Carolina National Guard and the U.S. Army Reserve, retiring as colonel after more than 34 years of military service.

“This means wonders to our post that you came here,” Olson said.

Oxford also visited the Adams and Waseca American Legion posts on Monday and was expected to visit the Wells, Madelia and Redwood Falls posts on Tuesday.