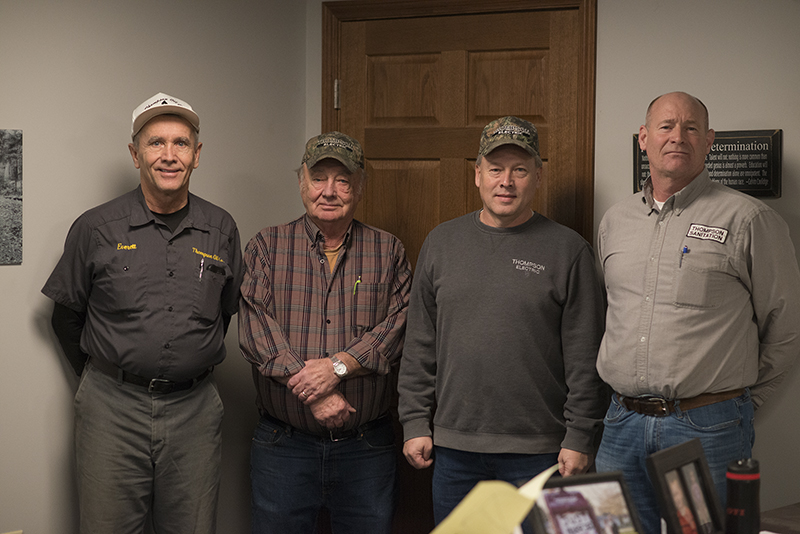 Everett, Eugene, Mike and Frank Thompson are all either first- or second-generation owners of their respective companies. Everett Thompson owns and operates Thompson Oil. Eugene Thompson started Thompson Electric before selling to his son, Mike Thompson, and Frank Thompson now owns Thompson Sanitation after taking over for his father. - Tyler Julson/Albert Lea Tribune

Growing up in a family of nine brothers and sisters, Roger, Eugene and Everett Thompson each went on to start business ventures of their own.

The first to do so was Eugene Thompson, the oldest sibling, who bought out Rutherford Electric in Albert Lea in 1971. The business went by many names over the years before becoming Thompson Electric in 2004, when Eugene sold the business to his son, Mike.

Everett Thompson bought what was then Hollandale Oil Co. in 1979 after having leased it for a year. Everett changed the name to Thompson Oil and worked as the company’s only employee for about five years before hiring one other person. He has grown the company from about 75 customers when he started to about 450, where it stands today. 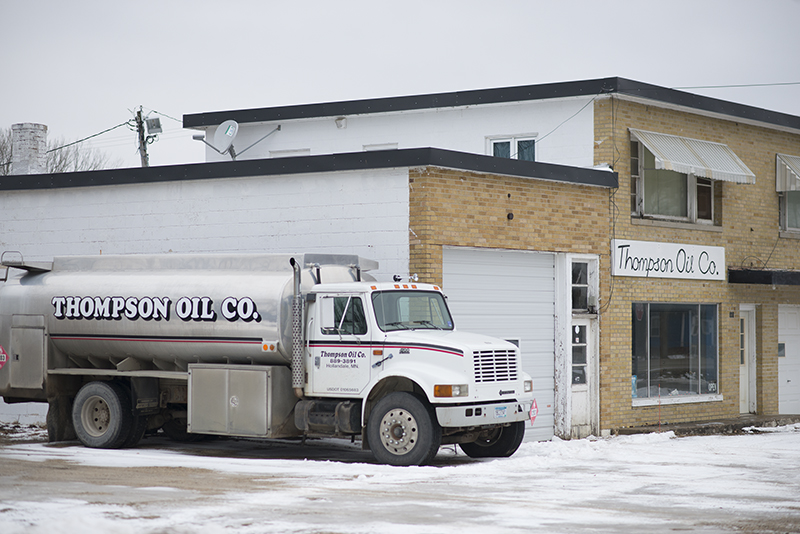 Thompson Oil is in Hollandale and is run by Everett Thompson. – Tyler Julson/Albert Lea Tribune

Roger Thompson started Thompson Sanitation in 1982, when he acquired the contracts for Ellendale and Geneva. In 1992, his son, Frank Thompson, took over the business and has been steadily growing it ever since.

Frank Thompson said he always knew he wanted to take over the sanitation business from his father, even from a young age.

“The garbage business is what I’ve had my eye on ever since I was a kid,” he said. “I wanted to get as big as I could by myself, but I guess about 22 years ago that went by the wayside. Now we’ve got 25 employees here.”

While Eugene Thompson was the first of the siblings to start a business, starting a business had always been on the others’ minds, too. 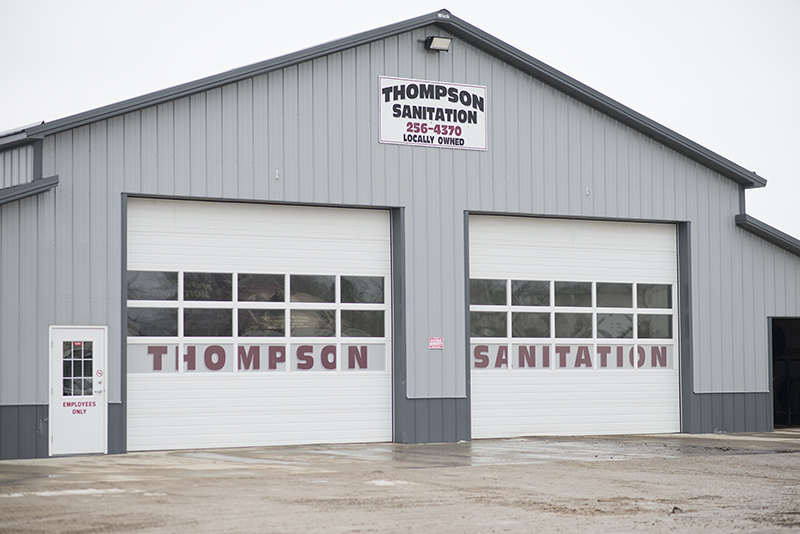 Thompson Sanitation in Clarks Grove is owned and operated by Frank Thompson, who had it passed on to him by his father, Roger. – Tyler Julson/Albert Lea Tribune

While all three businesses offer vastly different goods and services, it doesn’t stop the three owners from being able to bounce ideas off one another or from having similar goals.

“There’s a lot of rewards to owning a business,” Mike Thompson said. “The flexibility, especially with family life. Also seeing a project come in under budget and the customer happy is always a great thing. One of the other small things for me is when I see my employees doing well — when they buy a camper or go on a nice camping or hunting trip.”

While they all enjoy having their own businesses and the perks that come along with that, they said there are still challenges they have to face, as well as long hours and late nights. Everett Thompson talked about all the work that goes on behind the scenes.

“The economy is what dictates that, but we’re going to keep moving forward,” Mike Thompson said. “For us, technology has come a long way and we can do more work with five people now than we could do with eight people 10 years ago. You’re constantly going to school, you’re learning about new products to help keep that competitive edge.”

128: Cumulative years the Thompson family has owned and operated their businesses

9: Brothers and sisters in the Thompson family

3: Thompson brothers who started their own business 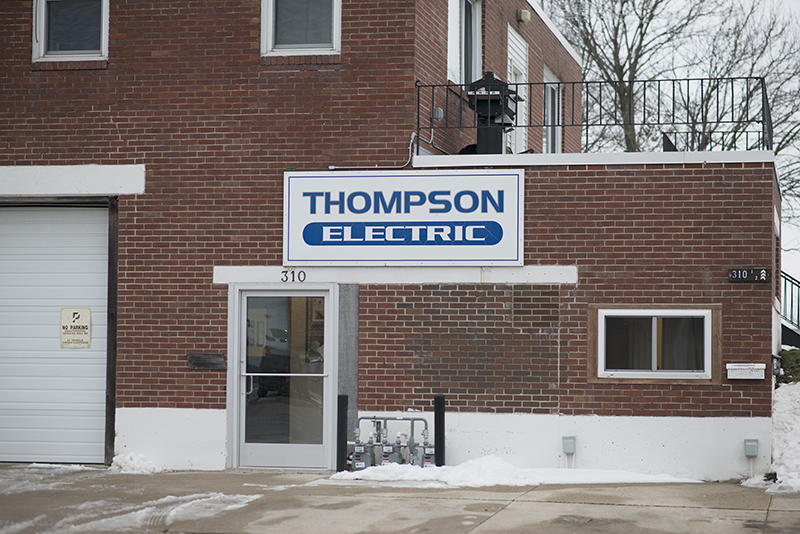 Thompson Electric, once owned by Eugene Thompson, is now owned by his son, Mike Thompson, and is located in Albert Lea. – Tyler Julson/Albert Lea Tribune