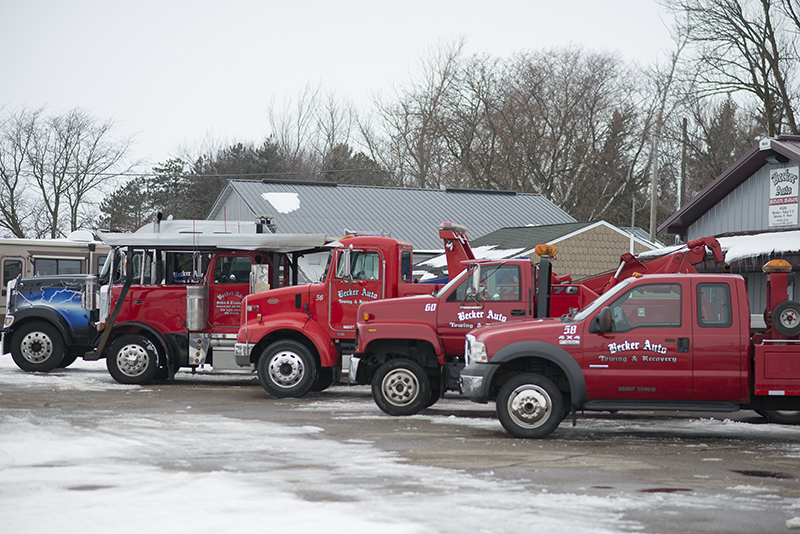 Becker Auto out of Hayward recently added a towing service on top of its used auto sales and mechanical shop. The towing fleet is complete with five trucks and can tow vehicles up to the size of a semi. - Tyler Julson/Albert Lea Tribune

HAYWARD — Since opening the doors to Becker Auto in 1989, Mark Becker has offered Hayward and the surrounding communities a used car lot and an automotive and mechanical shop. As of December, Becker Auto has now added towing to its list of services.

Becker said he got the idea after Allen’s Tow-N- Travel was bought out, and having worked in the towing business before, he already had an idea of what he needed to do.

Becker has had two vehicles capable of towing in his fleet of vehicles for many years, but since he decided to start the towing service in December, he has added another three trucks. The trucks range in sizes and according to Becker, they can handle any size of vehicle up to a semi.

The addition of the service will also eventually add two to three new jobs to the business, he said.

“With Allen’s Towing getting bought out, that prompted us to get into it,” Becker said. “I’ve had two rollbacks for a long time anyway. We transported a lot of cars before, and towing kind of goes hand-in-hand. And we’re right next to the freeway, so that will be nice for customers.” 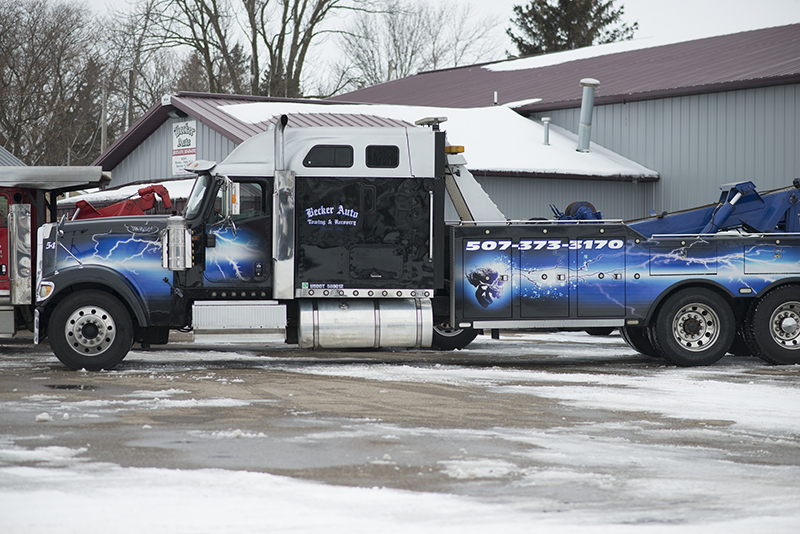 Mark Becker said Allen’s Tow-N-Travel being bought out and having experience in the towing business prompted him to add the service. – Tyler Julson/Albert Lea Tribune

Before Becker added the service, anyone in need of towing around Hayward would need to go to Allen’s in Albert Lea or Midtown Towing in Austin.

Becker said he hopes by adding the towing service it will be a nice convenience for the surrounding communities.

“We’ve been starting to get the idea out in the community,” Becker said. “We’ve been advertising now and getting it out there that we’re doing this. All the trucks are set up and ready to go. We’ve got five trucks that are ready to roll. I think once everybody knows we’re here, it’s going to be a big deal.”

Becker started his company in 1989 after getting encouraged to do it by people within the community. He said he has always been a car guy, and he started out hauling cars long before starting his shop.

He said owning his own business has a lot of perks, but his favorite aspect is all the people he gets to meet while in the shop and on the road.

2-3: New jobs expected to be added to accommodate towing services