Setting goals on and off the court 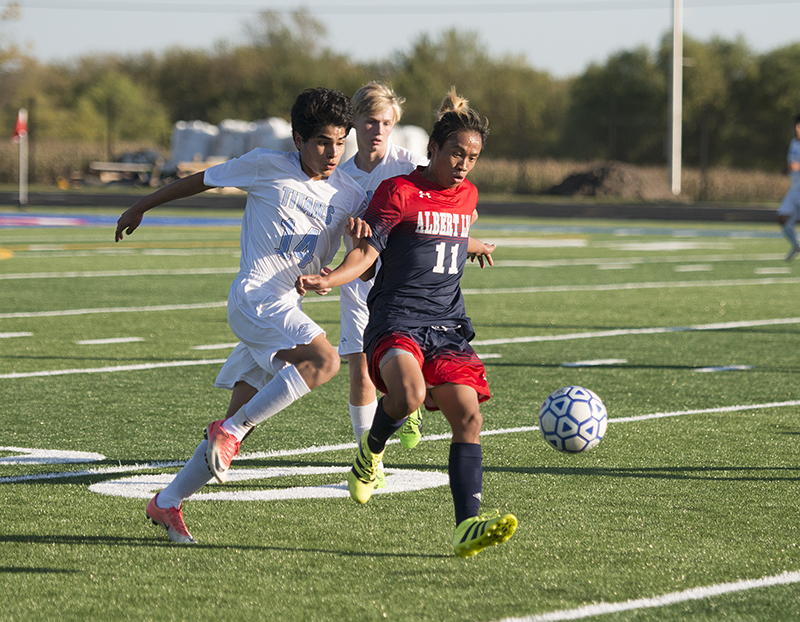 Luther said he became a coach to be a positive impact on the athletes in the same way that his coaches were to him. - Tyler Julson/Albert Lea Tribune 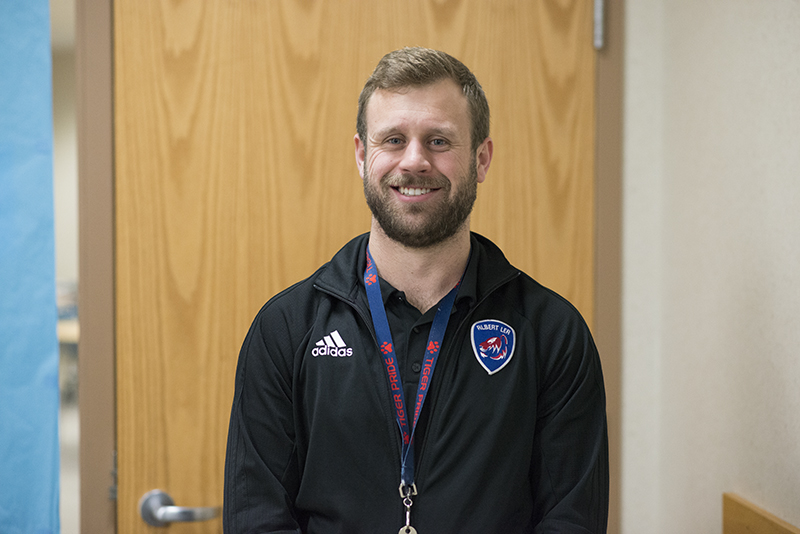 Zac Luther is the current boys’ soccer coach at Albert Lea. He has spent eight years coaching soccer and track at a variety of levels. – Tyler Julson/Albert Lea Tribune

A: This is my third year coaching soccer here at Albert Lea. I’ll be starting my fourth year coaching track here at Albert Lea. Overall, this will be my ninth year of coaching in a head or assistant coach role. I coached in Wisconsin at the club level for a few years. I coached a U-15, U-16, U-17 team there, and I also helped assist at the high school I was working at in Wisconsin.

A: It’s very similar to why I wanted to become a teacher. I had some wonderful experiences playing soccer growing up, and part of that was made by the coaches. I thought my love of the sport, combined with my wanting to go into teaching, I thought it would be a natural next step for me because I can share my knowledge and excitement for the sport with others and hopefully give them a good experience, too.

A: Obviously, there’s win/loss goals that I try to keep to myself, that are just benchmarks that I want to hit, but my overall goals for coaching are to try and get more guys out for the sport. I want more guys to enjoy it. Whether it’s track, soccer, anything, I just want people to be able to have that positive experience of being in athletics.

I also try to put goals out there for my athletes behavior-wise, academic-wise, making sure they’re getting to classes on time and doing well in classes. Looking at that next level of what they’re doing beyond high school, meeting with seniors and trying to get them to think bigger picture than just the sport, but using that sport to start that relationship and move forward with it.

A: I really enjoy just seeing the excitement on the guys’ faces — whether it’s the first practice of the year or after a big win. When they reach a milestone, they’re proud of their accomplishment. Being able to see that moment and share it with them is really cool because I know how hard they work for it, and to see them being rewarded for it is really meaningful to me. 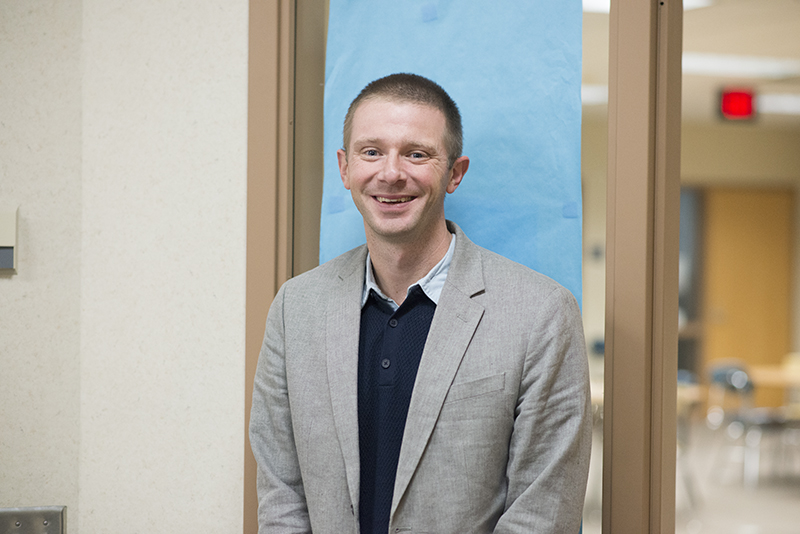 Sean Gaston is the head coach of the Albert Lea baseball team. Gaston has been coaching baseball in some capacity for nine years. – Tyler Julson/Albert Lea Tribune

A: This will be my ninth year coaching, and all I’ve coached is baseball. I coached in Kirksville, Missouri, a town the same size as Albert Lea in northeast Missouri.

A: It actually started with my wife. I had just finished playing myself and moved to Missouri, and she was basically like, ‘You need to find a hobby, you’re driving me crazy.’ And I met with the high school coach there, and to be honest I had no interest in coaching post playing. I had a hard time reconciling how much effort and time I put in and thinking, ‘Will I go crazy expecting that from high school kids?’

I met with the coach in Missouri, and he became a mentor, and within a month I was already in school to become a teacher, and off I went.

A: When I got the head coaching job here, the big thing that I really want to strive for is consistency as a program, that we have a chance to compete for championships every year. That’s always the goal. It’s tough in high school because you only have kids for four years, so you sort of go through cycles. But trying to build a program where the floor is raised to the point where we know we can compete all the time, that was the performance goal.

A: There would be two things. One, on the field, is when you see effort pay off, when you see guys who have been working on a skill or on part of their game that’s been a struggle and they finally break through. Or seeing someone who’s been having a rough time come through in a big moment.

One that sticks out in my mind is over in Winona with Carson Goodell. In a situation where he was struggling and then gets that big hit, and you just see the joy that guys feel in seeing their effort pay off.

The other real fulfilling moment is interacting with guys who have graduated and moved on. Seeing them around town, seeing what they’re up to, seeing what they’ve gone on to accomplish and the chance to get to meet and talk with them, I enjoy those moments a lot. 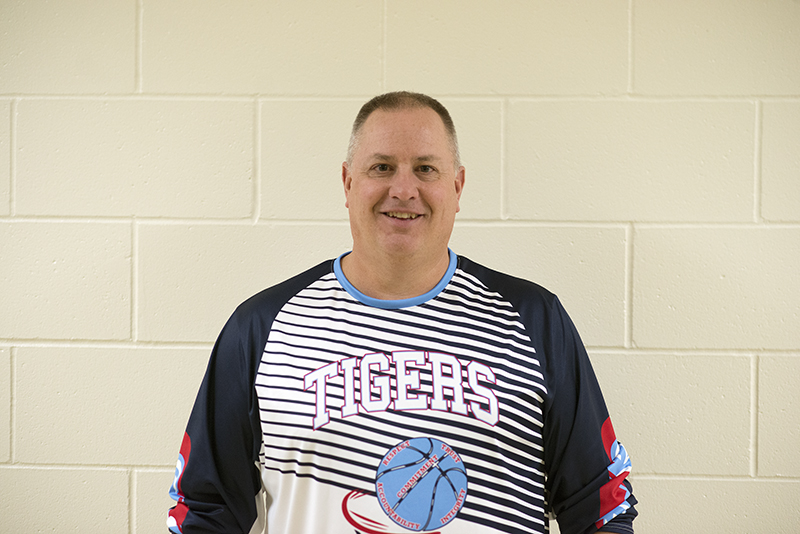 Jason Thompson has been a girls’ basketball coach for around 15 years. He is in his second year as head coach of the Albert Lea program. – Tyler Julson/Albert Lea Tribune

A: I always wanted to major in education in college, but that’s not the path I went down. I went into marketing. So it’s just a good way to stay connected with kids along with teaching and developing. For me it’s giving back a little bit. Growing up being in sports, there was always somebody coaching me, giving me their time, so that’s what I want to do. I like making those connections with players. There’s nothing better when former players come back and talk with you and want to be a part of your practice or say hi to you in the streets.

A: Just for every player to progress, make connections with each participant and then develop their basketball, leadership and life skills so they can use those the rest of their life.

A: It’s just the daily interaction with the girls. No matter how my day is at my normal job, I can come here and they just give me that boost of energy because they have it every day. They have their ebbs and flows as well, but then just seeing what you work on everyday in practice and seeing that glimmer of improvement in a game situation where you know a light bulb just clicked on and that’s the most rewarding thing.