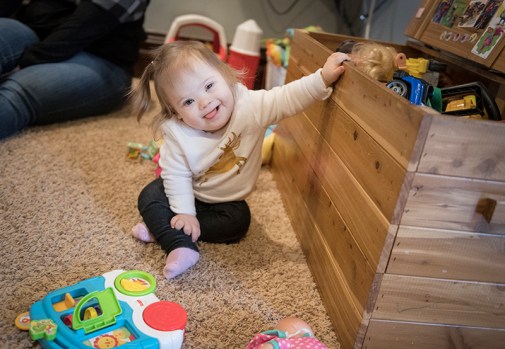 Clara Overland stops in the middle of playing with toys to smile at the camera. Clara was born with Down syndrome. Her mother, Kristin Overland, is one of the organizers for the Rock Your Socks walk in Albert Lea. - Colleen Harrison/Albert Lea Tribune 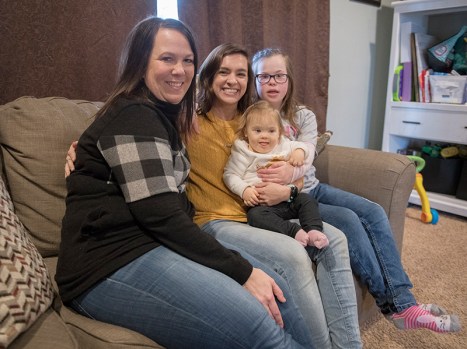 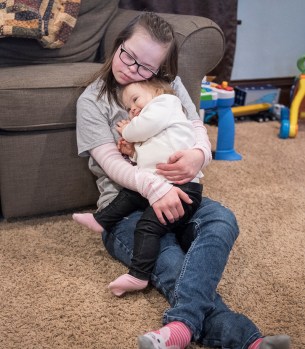 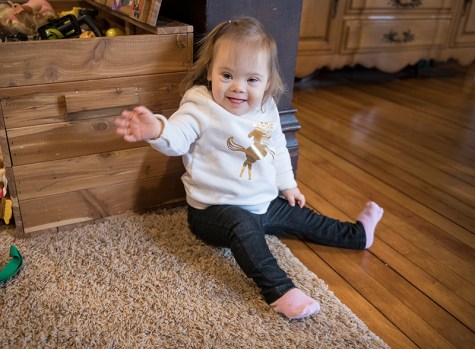 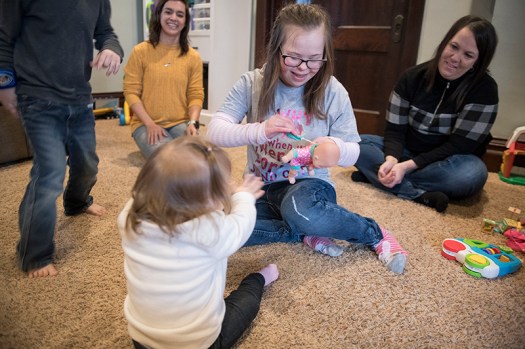 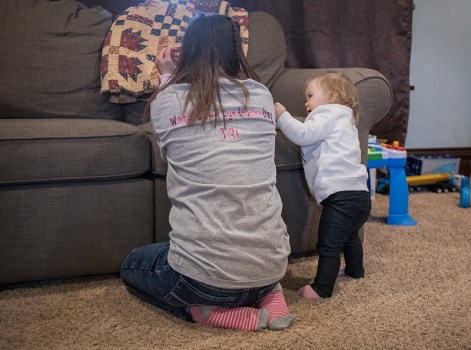 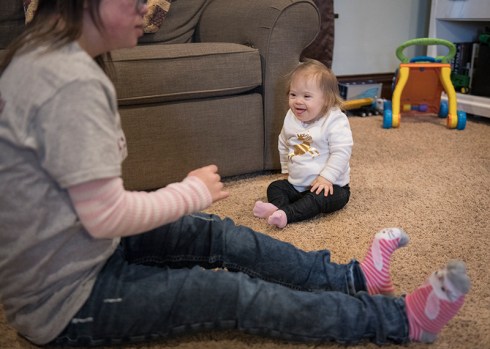 “They’re more alike than different,” said Kara Paulson, another one of walk/run's organizers, about people with Down syndrome. Paulson’s daughter, Mya Heideman, also has Down syndrome. - Colleen Harrison/Albert Lea Tribune 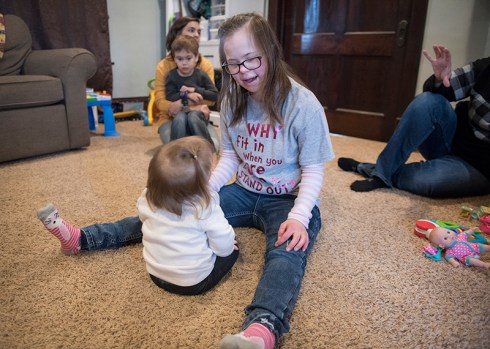 New event to focus on Down syndrome awareness

A new walk/run event organized to raise awareness of Down syndrome and support for families of children with the diagnosis will take place March 21 at Brookside Education Center.

Kristin Overland, one of the organizers, said she and her family are relatively new to the Down syndrome community after the birth of their daughter, Clara, who is now 19 months old.

When they first received Clara’s diagnosis, she said they were scared and nervous, and didn’t know who to turn to who had been through the same experience.

In the months since, she has started meeting some of the parents of other children with Down syndrome in the community.

“They’re just so full of joy,” she said of the children she has met with the diagnosis.

Passionate about running, Overland said she thought the walk/run would be a good way to bring together families in the area who have children with Down syndrome, as well as other community members, for World Down Syndrome Day.

“They’re more alike than different,” said Kara Paulson, another one of the organizers, about people with the diagnosis. Paulson’s daughter, Mya Heideman, also has Down syndrome and is 12 1/2 and attending Southwest Middle School.

Overland said there are three types of Down syndrome with the most common being Trisomy 21, where there are three, rather than two, of the 21st chromosome.

The Rock Your Socks theme is in reference to the shape of chromosomes, and it is often common for people to wear brightly colored, striped or decorated socks for Down syndrome awareness.

Overland and Paulson said a freewill donation will be accepted at the event, with all proceeds going to support a new inclusive playground planned near City Arena in Albert Lea.

Paulson said they have tried to get a support group going for parents of children with Down syndrome in the past and may try to get that going again.