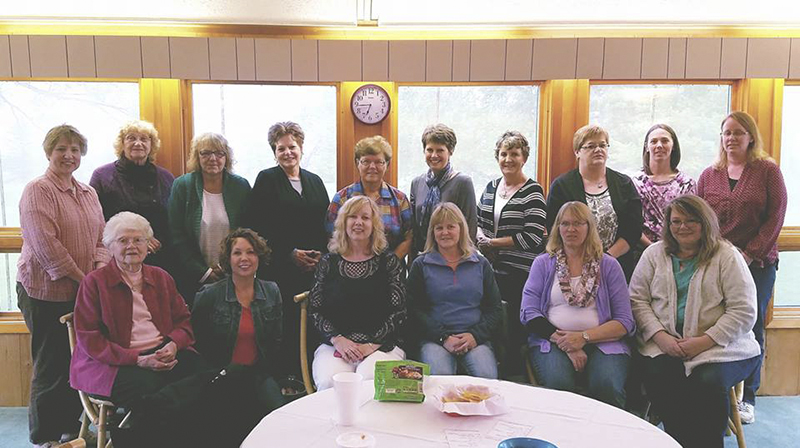 Women of Today is a community service organization, and the Glenville chapter has 22 members. - Provided

GLENVILLE — A group of area women have found fellowship while giving back to the community.

The Minnesota Women of Today organization has been around for 70 years, and the Glenville chapter has likely been around since the early 1980s, according to current members.

“We, the Women of Today, are service, growth and fellowship. We believe that through us great lessons can be learned, worthy deeds performed and a hand of fellowship extended to millions of women everywhere,” the Minnesota Women of Today creed reads. “May we leave the world a better place because we lived and served within it.”

The Glenville area chapter meets once a month, typically on the third Thursday of the month, at the Glenville American Legion.

One of the annual activities the group runs is the area Santa shop, where they make, buy or accept donations of items children can then come through and buy as gifts for their family and friends. All the items are sold to the children for about $3 or less. There are also cookies and coffee for parents to enjoy while letting their children shop. Santa usually makes an appearance, too, and this past Christmas, two children even used their money to buy the jolly old elf a gift.

“It takes a load off the parents,” said Linda Kral, a Women of Today member since 1993.

“They (the children) get a real feeling of accomplishment from it,” added Dianne Stevens, a newer addition to the group who joined last fall.

The group has also taken on beautification projects around the area, such as landscaping and putting up fall decorations. The group has donated to and helped with fundraising for different causes and events, and hosts an annual craft and vendor fair as well. Members also deliver May Day baskets to senior residents, donate school supplies at the beginning of the school year and sponsor families in need around different holidays, among other community service efforts. The group also painted the back room of the Glenville Legion to show appreciation for usage of the room for Women of Today meetings, and has been involved with domestic violence awareness efforts.

“Whenever the community has a need,” said Cindy Golbuff, who has been a member since 1999 and is a state delegate with Women of Today, and said any money the group makes goes back into the community. 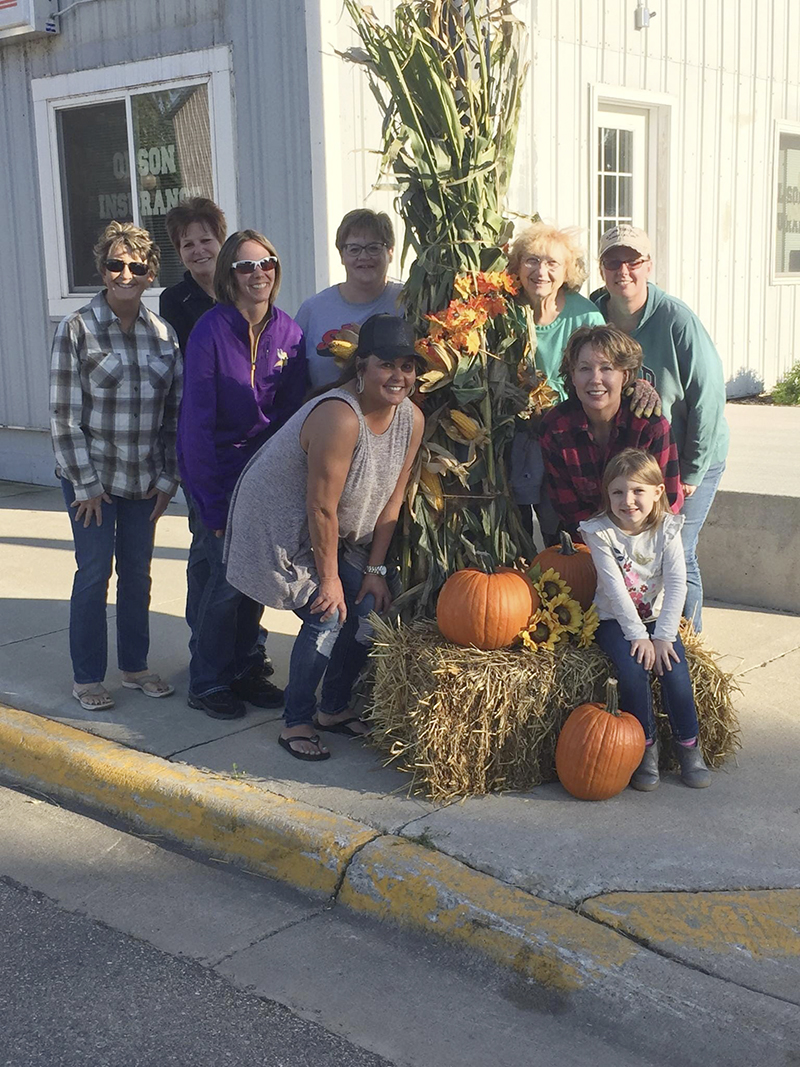 The Glenville Women of Today chapter routinely does community beautification projects, such as the fall 2018 one pictured. – Provided

The group is always looking to welcome new members, and understands not everyone will be able to make every meeting. The group is large enough that individuals can break off into smaller groups to work on different projects; not everyone has to be working on the same thing.

“We don’t take attendance,” Golbuff added. “You do what you can.”

The group sometimes has speakers at its meetings, and have hosted speakers from Albert Lea Economic Development Agency, Albert Lea Public Library and Freeborn County nurses, among others, and even took a self defense class during one meeting. They also will plan their own fun nights, such as going out to a movie or having a spa night, or getting together for margaritas and drawing.

While the group works to spend time helping others, the women participating get something out of it, too.

“We do it for the benefit of the community,” Golbuff said.

“These are friendships we wouldn’t have without this group,” Kral added. “It’s fun to have people you get to know through helping others.”

The Glenville chapter of Women of Today has 22 members and is in District 11 — along with chapters from Blooming Prairie, Byron and Straight River. The reasons the 22 women have joined vary somewhat; Stevens had more time on her hands after retiring, some were mothers with young children when they joined and needed some more time with adults, and others were new to the Glenville area and wanted to get to know more people. While the reasons for joining may differ, the reasons for staying with the group remain fairly universal: fellowship.

“The organization also gives us the opportunity to find individual growth,” Golbuff said, something she saw when Karen Hagen, a fellow member since 2003, served as chapter president one year and came into her own to knock the job out of the park, Golbuff said.

The women have all found fellowship in going through everything together and through sharing their own experiences, they said.

“We’re here to support each other,” Kral said.