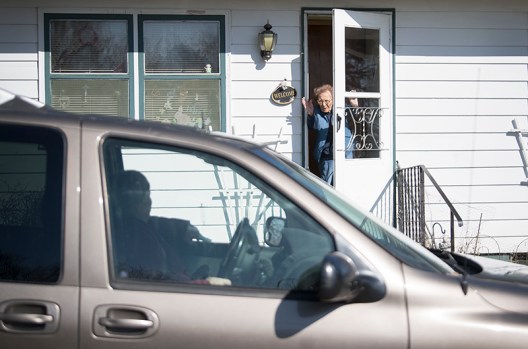 Florence Palmer waves as a car drives by her house Saturday to wish her a happy birthday. - Colleen Harrison/Albert Lea Tribune 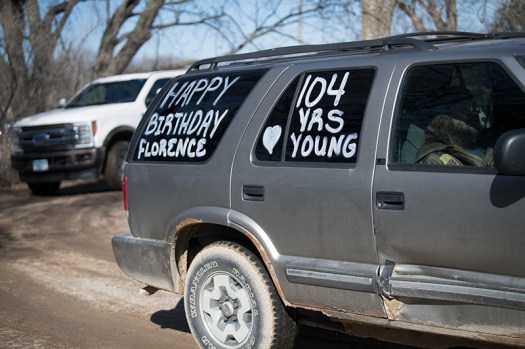 Family and friends who attend Round Prairie Lutheran Church with Palmer got together to drive by her home Saturday to wish her a happy birthday while keeping with social distancing guidelines. - Colleen Harrison/Albert Lea Tribune 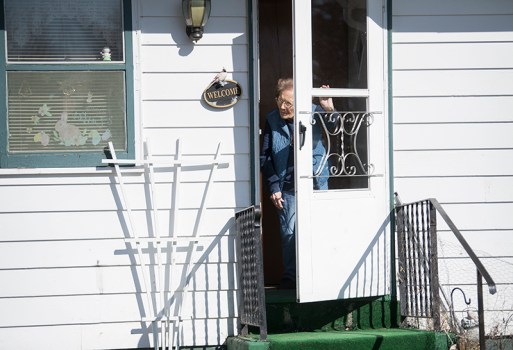 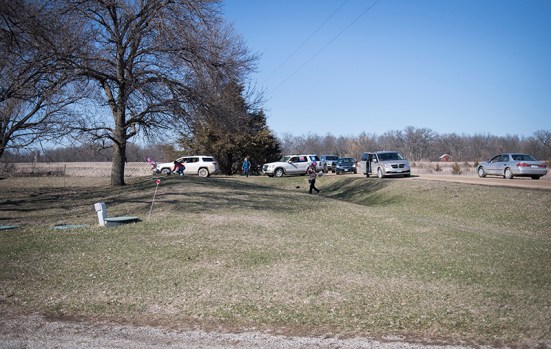 Dozens of cars showed up Saturday to wish Palmer a happy birthday, and could be seen lining up down her street in Glenville. - Colleen Harrison/Albert Lea Tribune 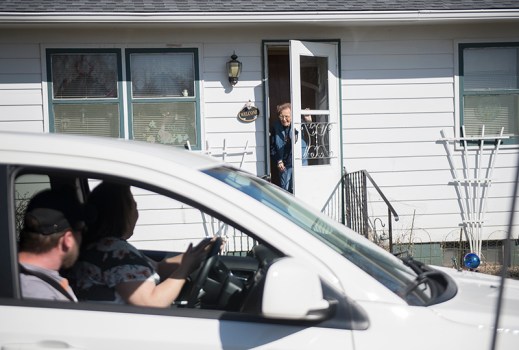 Florence Palmer smiles as a car drives by her house Saturday to wish her a happy birthday. - Colleen Harrison/Albert Lea Tribune

GLENVILLE — A caravan of family, friends and Round Prairie Lutheran Church members helped a rural Glenville woman celebrate her 104th birthday on Saturday.

Kent Otterman, pastor of the church, said he was approached a little over a week ago by another member with the idea to gather a caravan to celebrate Florence Palmer, who is the oldest member of the congregation. Palmer, who was born April 4, 1916, over the years has taught Sunday school, been a part of ladies aid and other circles, and has been the church secretary and treasurer.

“The church and all the members of the church are so meaningful to her,” Otterman said, noting that she and her daughter, Donna Palmer, have been faithful, kind-hearted members.

He said he announced the idea the Sunday prior during the church’s service, which members access by the computer or by phone during the COVID-19 pandemic.

The members and others congregated in their cars at the church at 4 p.m. Saturday and then drove in a caravan past Palmer’s house to wish her a happy birthday.

Though it was ultimately not a surprise, Palmer said she was happy the members thought of her to celebrate another year of her life.

“She’s had a good feeling all week,” her daughter said.

There were an estimated 50 to 60 cars that drove by the house, and Palmer stood in the doorway to greet each one.

She said she had a great birthday all-around. In addition to the caravan of visitors, she received many phone calls of birthday wishes.

“It was all just lovely despite this virus,” she said.