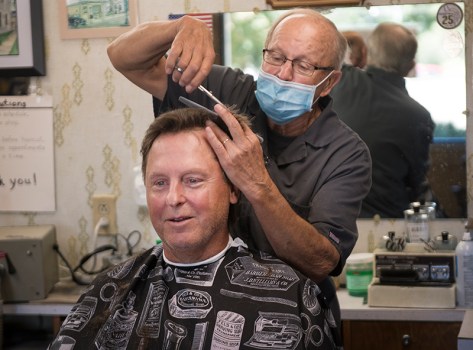 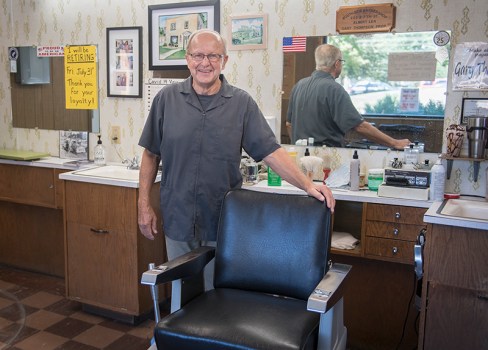 Thompson has had his shop in the same location, 220 E. Seventh St. in Albert Lea, his entire career. - Colleen Harrison/Albert Lea Tribune 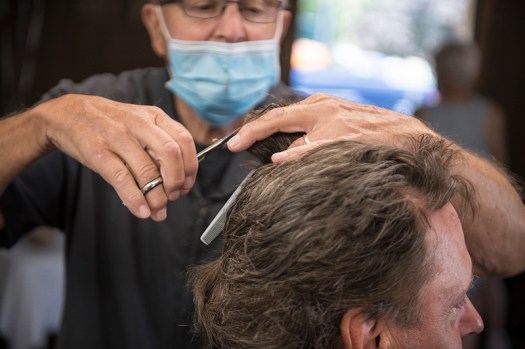 Gary Thompson has been a barber for 52 years, all of them in Albert Lea. - Colleen Harrison/Albert Lea Tribune 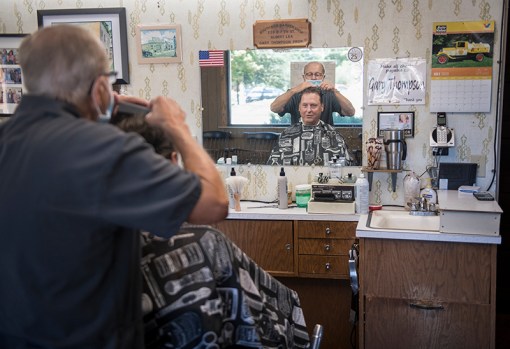 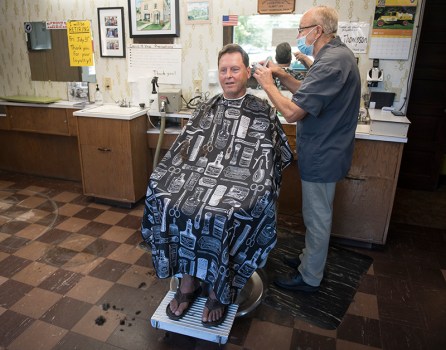 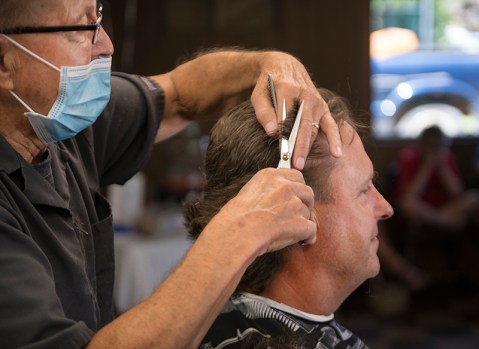 “The barber has left the building.”

After 52 years behind the chair, Gary Thompson said those words upon finishing his last professional haircut at Southside Barber Shop on Friday.

Thompson has been at the shop in its same location, 220 E. Seventh St. in Albert Lea, his entire career, and has been the sole barber there for the last 50 years. The barber shop will close with his retirement, and he said a beauty parlor will take over the lease and plans to renovate the building.

Thompson first got into cutting hair due to his uncle, who was a barber as well. He influenced Thompson and mentored him, something Thompson has tried to do for others throughout his career.

“You’ve got to be a good listener,” he said.

Thompson’s father was his first client.

“He actually paid for it,” he said with a laugh. “But he’s been free ever since.”

Southside Barber Shop could have used a revolving door Friday as people continuously stopped in to wish Thompson, who will be 75 in September, well in retirement.

“I guess I’m not going to get my hair cut anymore,” one visitor said.

“It’s probably free then, isn’t it?” another chimed in.

The traditional barber shop conversational atmosphere was alive and well for Thompson’s last day, with a half a century’s-worth of jokes and stories flying.

“I hate to tell you this, but that’s the best you’re going to look for a long time,” Thompson said to one customer as he finished his haircut.

Bob Armon was Thompson’s last appointment. Thompson teased him about his longer hair — which hadn’t been cut since February due to the COVID-19 pandemic closing down salons and barbershops for months. Armon wasn’t about to let anyone else touch his hair but Thompson in the meantime.

“I need that once-a-month fill of harassment to keep me in order,” Armon said jokingly.

“It was worth the wait.”

Upon having his haircut finished, Armon tipped Thompson with 52 one-dollar bills — one for every year of his career.

“I wish I could have had many more years with you,” Armon said to him.

As his career came to a bittersweet close, Thompson hugged his wife, Ginny, and thanked her for sticking it out with him, especially in the tougher early years when he was starting the business.

“She’s been the best partner in the whole world,” Thompson later said of his wife.

Leaving the shop isn’t easy, he said. He has watched his clients grow up, cutting hair for four generations of customers in some cases. His own children, sons-in-law and grandchildren have been clients as well.

“I think it was just time for me,” he said on his decision to retire this year. “It’s the customers that have kept me here this long. Thank you for all the memories and good times we’ve had.”

Thompson hopes he has been able to show his children and grandchildren, as well as the rest of his customers, how important it is to enjoy what they do.

“Be proud of what you do,” he said. “It was a pleasure coming to work every day. I’ve really enjoyed it, and I’m going to miss it.”