‘On a really hot day there’s just nothing better’ 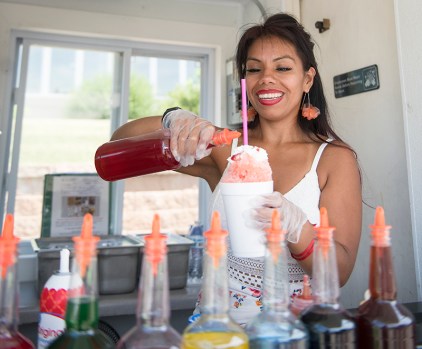 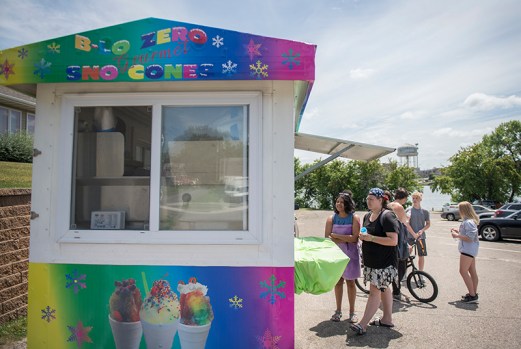 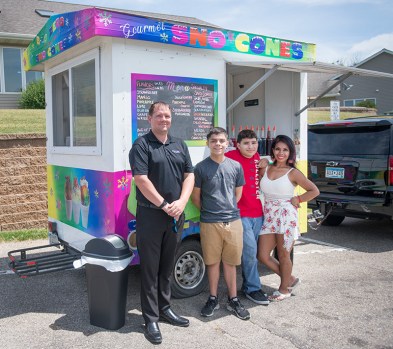 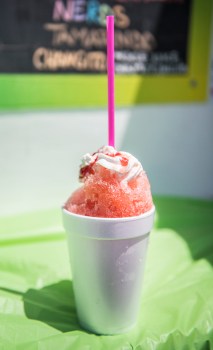 The dog days of summer setting in means snow cone season is here, and one local business is ready.

Navarrete, originally from Texas, said she grew up with raspa stands — what she described as the Spanish version of a snow cone. After moving to Albert Lea, she noticed a lack of snow cones during the summer.

“On a really hot day, there’s just nothing better,” she said. “Why not bring that to the community?”

Navarrete said she has always had fun creating special snow cones, and now offers the speciality cones along with more traditional flavors. Some of the business’s best sellers right now are Sea Creature — complete with gummy fish and octopus, Birthday Cake, Carnival and Rainbow. Traditional snow cones are $3 for a small or $5 for a large, and the speciality snow cones are a dollar more for each size.

“They’re fun little creations to make it that much more fun,” she said.

“They’re bright and colorful, and the flavors are really unique,” Jilk added. “The reaction you get when you give them to people is priceless.”

Navarrete said she likes to find different ways to bring people’s favorite flavors to life, and her favorite part of the business is seeing her customers’ eyes light up when they see their snow cone — especially when she can get that reaction out of an adult. One of her customers requested a snow cone using cream cheese, which she said should be unveiled in the coming weeks, as well as a root beer float-inspired snow cone.

The local response to the snow cone business has been great, Navarrete said, and it has developed a steady following of repeat customers.

“Everyone’s been so welcoming,” she said.

“We have to have something fun to do in Albert Lea,” Jilk added.

Navarrete’s son, Marcus, and nephew, Jose, work at the stand. Both help take orders, and Jose has started to learn how to make some of his aunt’s creations. They also play music used on TikTok, which gets some customers to dance or take part in different TikTok challenges while waiting for their snow cones. Customers often bring their dogs with them, which the family likes to see, offering the dogs ice to cool down. While people will have to wait a little as their snow cones are made to order, Jilk said the business is pretty fast for what it does and continuously receives positive feedback about its customer service — as well as the products it offers.

While they have their snow cones mastered, the family behind B-Lo Zero Sno Cones said they’re not done improving and plan to keep expanding.

“It’s about the little things — that matters,” Marcus Navarrete said. “It’s not just about snow cones. We’re not stopping there.”

He said they have ordered shirts with the B-Lo Zero Sno Cones logo on them to wear at the business, and are hoping to add lights to the trailer.

B-Lo Zero Sno Cones is generally open three to four days a week and more often than not is located by City Beach, but its exact schedule and locations can always be found on its Facebook page.

In honor of the Fourth of July, B-Lo Zero Sno Cones will have a special red, white and blue Freedom snow cone on the menu during its hours Friday and Saturday at City Beach, which are noon to 8 p.m. both days.