A step toward a cure 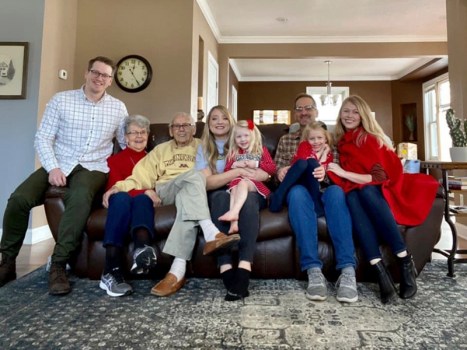 The Dyrdal/Agbodji family are the honorary family for this year's Freeborn County Walk to End Alzheimer's. - Provided 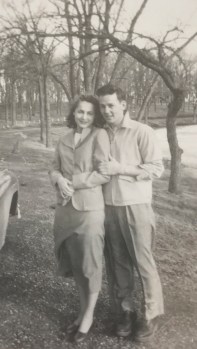 Andy and LoAnn Dyrdal were married in 1950. LoAnn passed away in 2011 due to complications from Alzheimer's disease. - Provided 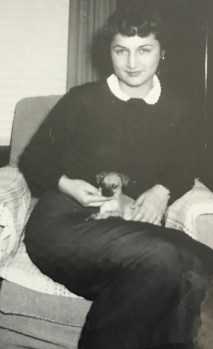 The family started noticing in 2004 that LoAnn Dyrdal was having some memory issues, and her memory continued to deteriorate until she was eventually diagnosed with Alzheimer’s. - Provided 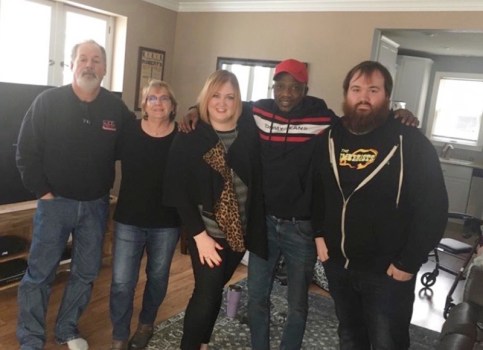 The Dyrdal/Agbodji family are the honorary family for this year's Freeborn County Walk to End Alzheimer's. - Provided

Despite looking a bit different due to the COVID-19 pandemic, the Walk to End Alzheimer’s will return to Albert Lea for a third consecutive year.

Amanda Irvine and her family were a part of the original efforts to bring the walk to Freeborn County, as they routinely walked in Mankato and Owatonna beforehand in honor of her grandfather, Wayne Weiss, who suffered from Alzheimer’s disease before he passed away in 2005.

“It’s amazing,” Irvine said of being able to have a Freeborn County walk. “It was a dream of mine to be able to honor Grandpa in some way.”

The walk hit its fundraising goal of $60,000 each of the first two years. Irvine said the community has been very supportive of the walk, and area businesses have been supportive sponsors of the walk. As of Tuesday morning, this year’s walk had reached $14,230, or just under 25% of the $60,000 goal. People wishing to donate can go to act.alz.org and can find a local team to donate to if they so choose.

“It’s important, even though we can’t all gather in person,” Irvine said of the walk’s mission. “Alzheimer’s hasn’t gone away. … It’s an awful disease that robs people of their memories.”

This year’s walk will be Aug. 29, but instead of meeting up before walking and everyone walking on the same route, participants are encouraged to walk in their own smaller groups and will not have a large in-person gathering.

The promise garden that accompanies the walk each year — which includes flowers representing either those diagnosed with Alzheimer’s disease, those caring for someone with the disease, those who have lost someone with Alzheimer’s or those supporting the cause — will be located next to the Albert Lea splash pad Aug. 29. Those participating in the walk are also encouraged to share photos from their walk on social media using the #Walk2EndAlz and #ENDALZ hashtags. Irvine said the hope is that photos shared will be used in a collage for next year’s walk.

The Walk to End Alzheimer’s chooses an honorary family each year — a family passionate about the cause and involved in the community. Irvine’s family was the inaugural 2018 walk’s honorary family. The 2020 honorary family will be the Dyrdal/Agbodji family.

Tom Dyrdal said his family was approached this past spring about being this year’s honorary family. His mother, LoAnn Dyrdal, died in 2011 at the age of 81 from complications of Alzheimer’s.

Tom Dyrdal and his father, Andy Dyrdal, described LoAnn as being a dedicated and loving wife, mother and grandmother. She and Andy were married in 1950, and she was very active in First Lutheran Church over the years, from teaching Sunday and Bible school to being on the church council. She was also active in Bethel Bible studies and worked as a church secretary for First Lutheran as well as Salem Lutheran Church. Something she was especially proud of was teaching classes about and encouraging preschool vision and hearing screenings before they were routine.

Andy Dyrdal said the couple danced every Friday and Saturday night at the Eagles club for about 20 years, and that his late wife was an avid Minnesota Gophers and Albert Lea Tigers fan. She was also a big fan of the Minnesota Lakers before the team was moved to California.

Tom Dyrdal said his mother was a great writer and made a number of family scrapbooks, and said she was very outgoing and friendly.

The family started noticing in 2004 that LoAnn Dyrdal was having some memory issues, and her memory continued to deteriorate until she was eventually diagnosed with Alzheimer’s. While Tom Dyrdal said his father took excellent care of LoAnn, eventually she had to move to Minnesota Masonic Nursing Home in New Hope, where he said she also received excellent care until the time of her passing.

“The next seven years were filled with many challenges and a combination of laughter, tears, frustrations and the making of new memories when we could,” Tom Dyrdal stated in a piece he wrote for this year’s walk.

Fighting Alzheimer’s by finding a cure is something that means a lot to the family.

“We’re especially honored,” Andy Dyrdal said about being asked to be the 2020 honorary family.

“It’s a wonderful organization, no doubt about it.”

He said he feels especially bad to hear stories about those diagnosed with the disease at a younger age.

“We’re involved because we don’t want to see other families go through what we went through and what other families have gone through,” Tom Dyrdal said. “(Alzheimer’s) is tough for everybody involved, not just the people with the disease.”

Tom, Jay, Kathy, Karey, Andrew, Rachel, Rosie, Lucie and Michael Dyrdal and Laura and Coco Agbodji will all participate in the walk, and will make a point of coming by to visit Andy Dyrdal, who resides at Thorne Crest Senior Living Community.

“We’re thankful the walk has come to Albert Lea. It’s a great thing to raise money for,” Tom Dyrdal said. “We hope it’ll go a long ways toward finding a cure.”