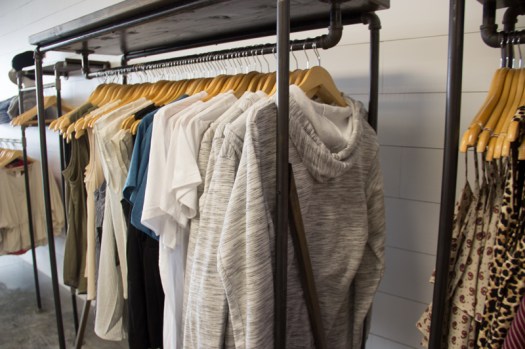 The Funky Zebras was slated to open Sept. 26 in the strip mall next to Walmart on Leland Avenue. - Sarah Stultz/Albert Lea Tribune 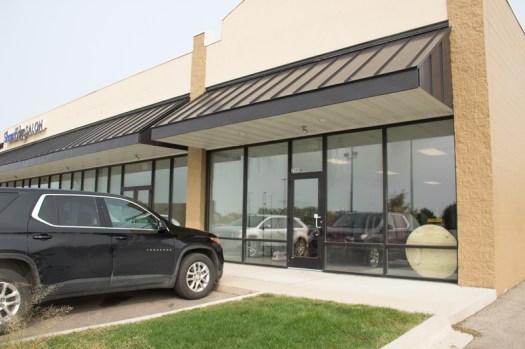 The Funky Zebras will be in the strip mall off of Leland Avenue near Walmart. - Sarah Stultz/Albert Lea Tribune 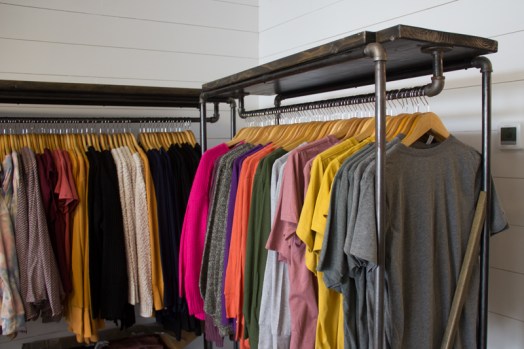 The Funky Zebras will feature clothing from girls' sizes all the way up through women's size 3X. - Sarah Stultz/Albert Lea Tribune

A Garner, Iowa, woman is hoping to bring more variety of women’s and children’s clothing to Albert Lea with the opening of a new boutique in the strip mall near Walmart.

The Funky Zebras was slated to open at the end of September and will be at 2355 Leland Drive, said owner Katie Schleusner.

Schleusner said she started out as a brand ambassador for The Funky Zebras location in Clear Lake but did not think about owning her own store until the owner of that boutique suggested the idea to her.

Schleusner, who is a wife and mother of three school-aged children, is also attending Allen College in Waterloo, Iowa, to become a nurse practitioner.

After some further encouragement from The Funky Zebras founder, in June she decided to give it a try.

“The opportunity came up, and I just felt like I should take it,” she said. “It’s been fun to learn and I hope to learn as I go, too, and get the input of the customers we see.”

She said the store will carry fun, trendy clothes in sizes ranging from girls up through women’s size 3X. Some of the brands she will have include KanCan, Grace & Lace, Z Supply, Hem & Thread and Flying Monkey, among others.

Schleusner said there will be a little bit of something for everybody, ranging from dressy clothes, to night out clothes and even everyday clothes.

In addition to clothes, there will be shoes and accessories, bags, purses, clutches and Bridgewater Candles.

“There will be a little something for everybody, and we hope that people come in and have fun and enjoy the variety,” she said. “We will have new things hopefully every week.”

Growing up in a small town, there were a lot of people who had the same clothes as her because of limited selection. She hopes to avoid that and provide a wide variety of clothing in smaller amounts, with regular new inventory for her customers.

Schleusner said the space where the store will be located started out completely bare and has undergone major renovations since the beginning of August, including a new floor, new
dressing rooms, shelving and decor.

She has also hired a manager and other staff.

Schleusner said the boutique will be open from 10 a.m. to 5:30 p.m. Tuesdays through Saturdays.

It also offers what she called diva parties, where someone can sign up to bring in their friends and do a shopping party after hours with wine and snacks and earn free clothes.

The store will also have hero cards for teachers and health care workers. If these workers bring in their school badge or hospital badge, they can get 20% off an item every month.

There are eight other The Funky Zebras stores in Iowa, and this will be the first in Minnesota.