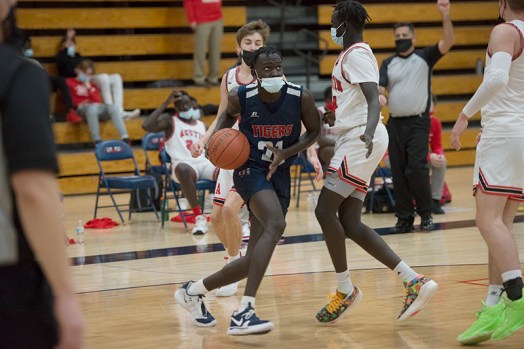 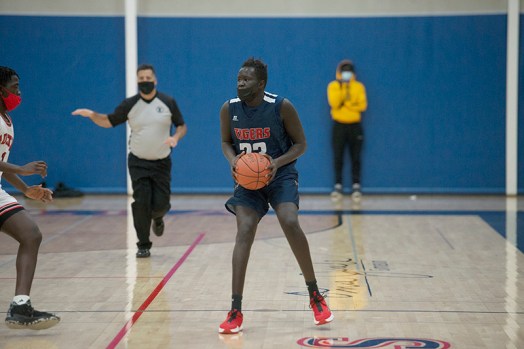 Sophomore Pal Wal picks up his dribble early in the first half of the game against Austin Tuesday. Wal scored the first six points for the Tigers. Tyler Julson/Albert Lea Tribune 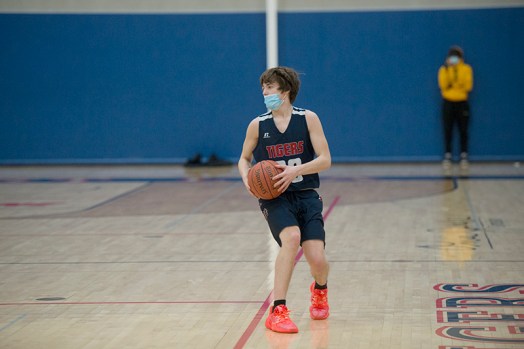 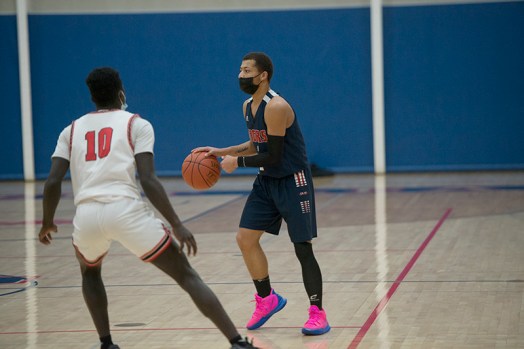 Senior Peirre Curtis tries to move the ball down low in the first half of the game against Austin. Tyler Julson/Albert Lea Tribune

The Packers proved why they are a perennial powerhouse in the Big Nine Conference, cruising to a dominant win over the Tigers 94-34.

Austin started the game on a 12-0 run, but Albert Lea snuck back into the game with a 10-0 run themselves. Sophomore Pal Wal hit two three pointers to open the scoring for the Tigers and was followed by a jumper from sophomore Ben Kuiters and senior Bhan Kuey.

With the score at 12-10, the Packers went on another short run, finding themselves on top 21-10 and forcing the Tigers to call a timeout with 8:34 remaining in the half.

Austin extended its lead over the next two minutes, going on another small 11-1 run. Albert Lea took another timeout in an attempt to slow the rising Austin momentum. However, it was to little avail as the Packers kept their foot on the gas to halftime, leading 55-18 at the break.

Kuiters led the Tigers at halftime with seven points. Wal was close behind with six, while senior Cody Yokiel had three and Kuey had two.

The second half was much the same for both teams. The Packers were able to score right off the bat, while the Tigers struggled to find open shots.

It was a completely new cast of scorers for the Tigers in the second half. Senior Carter Enger hit  two threes for the Tigers first six points of the half. Sophomore Jacob Skinness also got in on the three-point action late in the game.

Despite some new players getting in on the scoring, there was little the Tigers could do to stop the momentum of the Packers, ultimately being outscored in the second half, 39-16.

Kuiters led the Tigers with seven, Enger and Wal each had six. Senior Peirre Cutrtis, Yokiel and Skinness each had three, and Kuey and sophomore Judd Moller each had two.