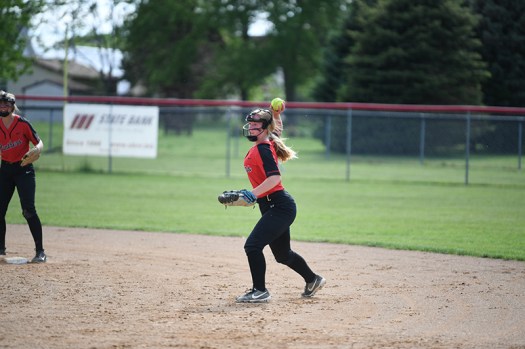 NRHEG sophomore Bree Ihrke makes the throw to first base for an out Tuesday night against Hayfield. Tyler Julson/Albert Lea Tribune 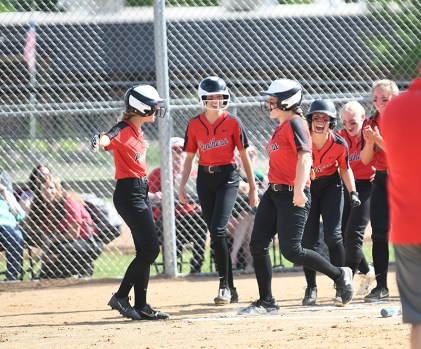 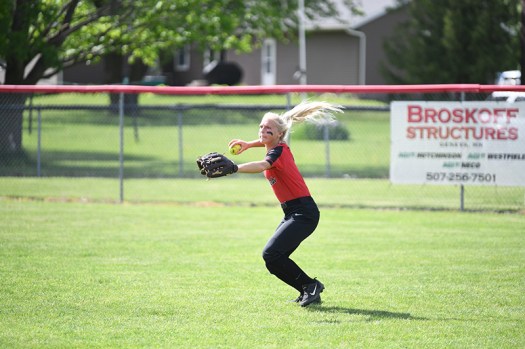 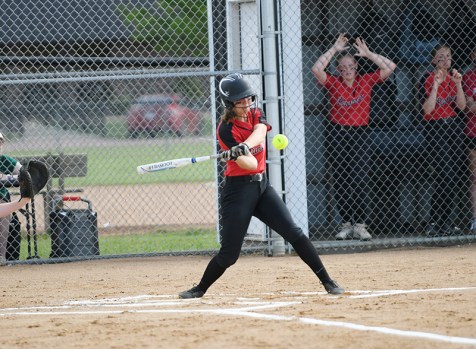 In her senior send-off, Cloie Arndt hit a three-run homer in the bottom of the first and followed it with two singles, bolstering the Panthers to a 7-3 win over the Vikings.

NRHEG gave up two runs in the top of the first after two singles, a double and a sacrifice bunt allowed the runs to come across home plate.

However, the Panthers answered right back in the bottom of the inning. Freshman Hallie Schultz led off the inning with a walk, followed by senior Grace Tufte reaching on an error. After a strikeout in the next at-bat, senior Arndt stepped up to the plate and crushed a homerun over the left-center field fence to give the Panthers a 3-2 lead.

The Vikings came back to even the game at 3-3 in the top of the second, following an error and a single.

The score remained knotted up until the bottom of the fourth inning, when Arndt led off with a single and was moved along by junior Kylie Doyle reaching base on an error. With Arndt and Doyle both in scoring position, an error by the Hayfield pitcher throwing to first base allowed both the score and the Panthers to take a 5-3 lead.

The NRHEG defense remained stout in the fifth inning, and the offense widened the lead in the bottom when Schultz and Tufte both came around to score on a passed ball and throwing error.

Now with a 7-3 lead, the Panthers held on, allowing just one baserunner in the final two innings to secure the win on senior night.

Arndt was the only Panther with multiple hits in the game, recording three of the Panthers four hits. Schultz recorded the other hit.

The Panthers move to 17-2 this season and will take on United South Central on the road in the final game of the regular season Thursday night.