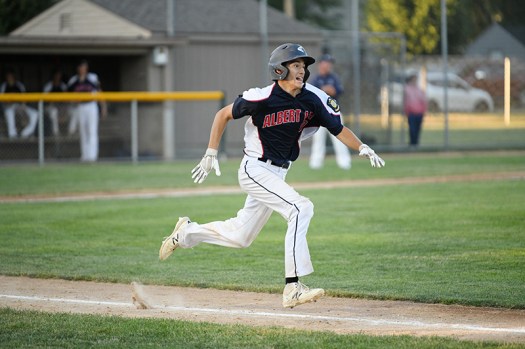 Cody Yokiel runs out a play at first base Tuesday night against Byron. Albert Lea lost the game 7-5 to drop to 1-1 on the season. Tyler Julson/Albert Lea Tribune 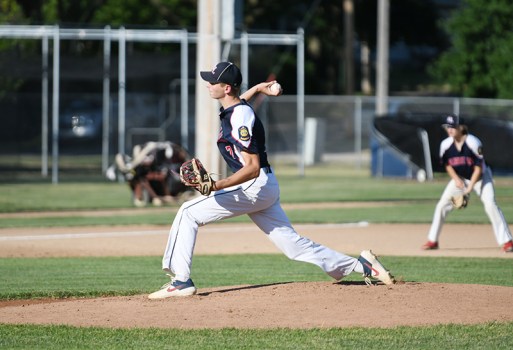 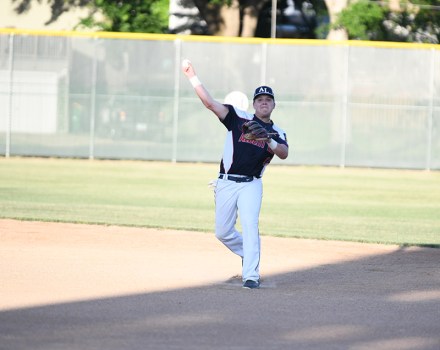 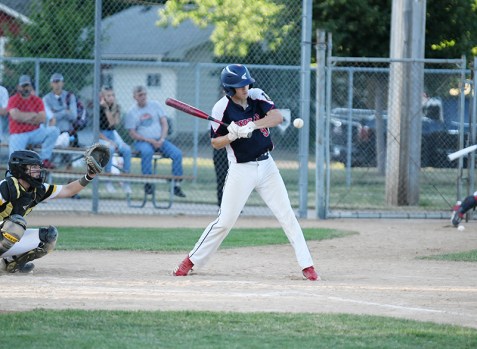 After having the start of the season pushed back due to the success of the high school team, the Albert Lea Post 56 baseball team started its season this week with two games in as many days.

Tuesday night the Tigers hosted the Bears of Byron. The same two teams squared off in the Section 1AAA championship not even two weeks ago.

It was the Bears who would come out on top of this battle, charging to a 5-0 lead through the opening innings and holding off a late rally by the Tigers, giving the Bears a 7-5 win.

Byron was quick to get themselves on the scoreboard, using two errors, a hit-by-pitch, a walk and a single to put up two runs in the top of the first inning.

After a one-two-three inning at the plate, the Tigers gave up another three runs in the top of the second. Byron picked two more singles and a walk in the inning.

Albert Lea found their footing and answered back in the bottom of the second inning. After a lead off strikeout, Ethan Ball and Henry Eggum connected on back-to-back singles before Cody Yokiel blasted a shot that got over the left fielder’s head and scored both Ethan Ball and Eggum.

Ben Kuiters then stepped up to the plate and hit a single that brought in Yokiel.

The second inning ended with Albert Lea cutting the deficit to two runs at 5-3.

The Bears, however, got one of those runs right back in the third inning using two singles. The Tigers got close again in the bottom of the inning when Jack Jellinger led off with a single and was followed by another single from Trevor Ball. Ethan Ball hit in Jellinger, and a wild pitch scored Trevor Ball, closing the gap to 6-5 in favor of the Bears.

Byron extended the lead again in the top of the fourth and from then on the Tigers went cold at the plate. The Tigers put on one baserunner in each the fourth, fifth and sixth innings, all reaching on an error.

Blake Ulve hit a two-out single in the bottom of the seventh inning, but it was too late for the comeback to take place.

Jellinger started on the mound for Albert Lea and pitched the entire game. He allowed seven runs on nine hits, while walking two and striking out eight.

Albert Lea falls to 1-1 this season and will be back on the diamond this weekend at the Firecracker tournament in Rochester. Games will run from Friday through Sunday. Their next non tournament game is slated for Tuesday when they travel to take on Owatonna at Darrts Park.