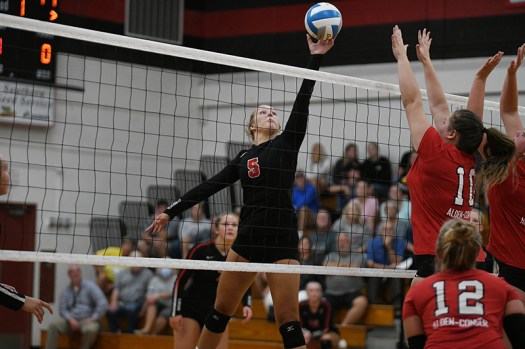 NRHEG junior Erin Jacobson taps the ball over the net Thursday night in the second set of the Panthers 3-0 win over the Knights. Tyler Julson/Albert Lea Tribune 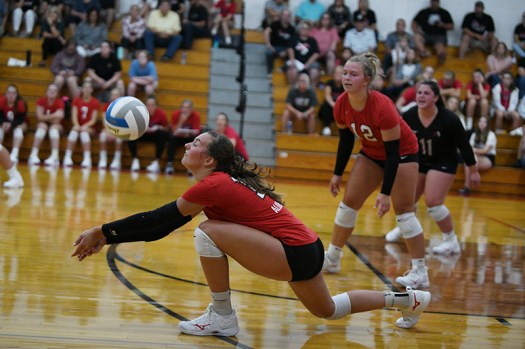 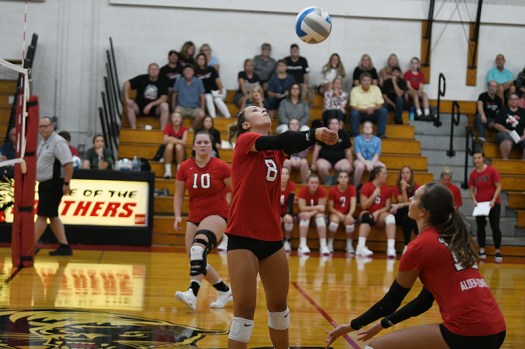 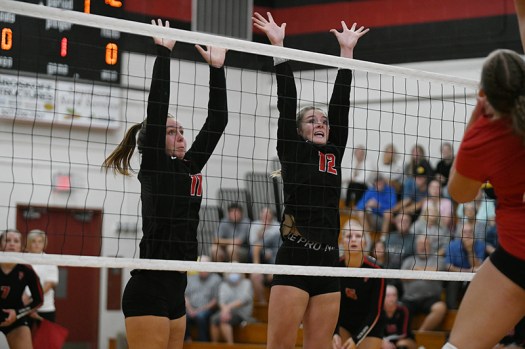 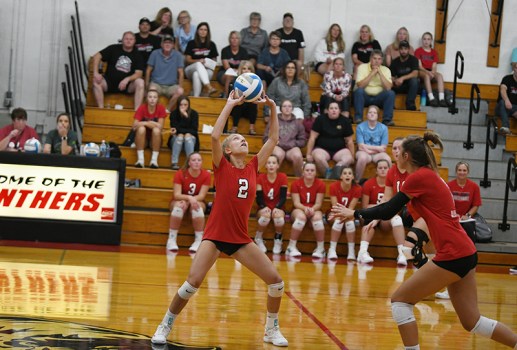 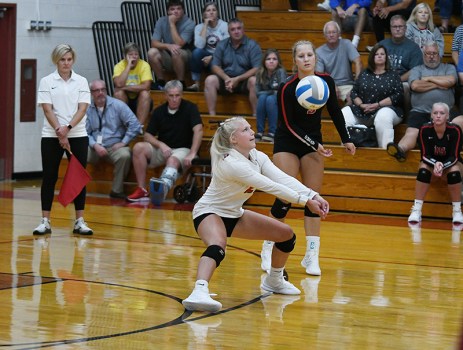 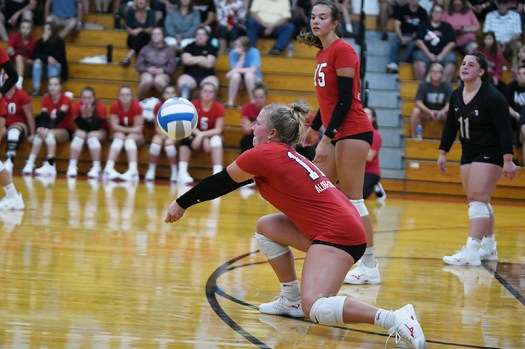 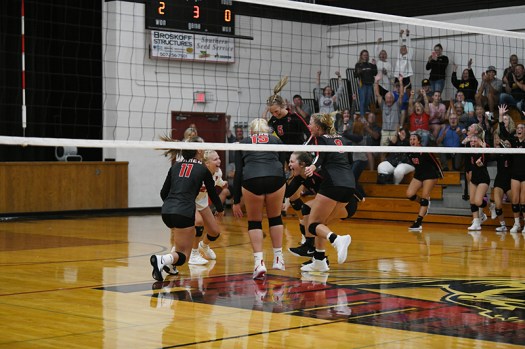 NEW RICHLAND — The Alden-Conger and NRHEG volleyball teams opened up their regular seasons against each other Thursday night in New Richland.

Despite all sets being played closely and the Knights jumping out to a commanding lead in the third set, it was the Panthers who came out on top, defeating the Knights 3-0.

The first set saw NRHEG jump out to an early lead, but Alden-Conger was never far behind in the opening portion of the set.

Alden-Conger sophomore Madyson Stein had a number of kill opportunities, many of which found the floor. However, the front line players for NRHEG quickly found their footing and recorded numerous blocks on the Knights offense.

After trading points back-and forth early in the set, NRHEG started to pull away and soon found themselves with a 17-12 lead. Alden-Conger called a timeout to regroup, but the Panthers pushed ahead, taking a 22-15 lead.

Down by seven, it was then the Knights started their comeback. The Knights rattled off five straight points thanks in large part to the savvy play of senior Mallory Ignaszewski.

The deficit proved too much to overcome, however, as the stellar play of NRHEG put the set away, 25-20.

The Knights took the early lead in the second set, winning the race to five, 10 and 15 points. However, the Panthers were just one point behind at each of those points. For NRHEG, it was the net play of sophomore  Hallie Schultz and junior Sarah George, as well as the hard hitting of senior Sophie Stork and junior Erin Jacobson that kept them within striking distance.

NRHEG trailed nearly the entire set, but were only down by three at 18-15 before deciding to take a timeout. The timeout proved to be effective as the Panthers went on an 8-3 run, forcing the Knights to call a timeout with the Panthers on top 23-21.

The Knights came out on fire in the third set, taking a 6-0 lead out of the gates. Mistakes plagued the Panthers early on, and some efficient play by the Knights gave them a decided advantage.

However, the Panthers never counted themselves out and slowly chipped away at that lead. Trailing 20-16, the Panthers mounted a huge rally to finish the set on a 9-3 run, winning 25-23 and claiming a 3-0 victory over the Knights.

“Tonight was a great team win to start the season,” said head coach Onika Peterson. “The girls came out playing scrappy defense and were extremely aggressive across the net.”

She talked about what it was like having her team crawl out of a big hole in the third set.

“That says a lot about this team’s character and grit,” Peterson said. “I’m excited for what is to come this season.”

The Panthers move to 1-0 this season and will be back on the court Tuesday when they take on Tri-City United at home.

The Knights fall to 0-1 to start the year and will look to get their first win of the season Sept. 7 when they hit the road to take on Blooming Prairie.