Bulldogs back on top of Top of Iowa West Conference 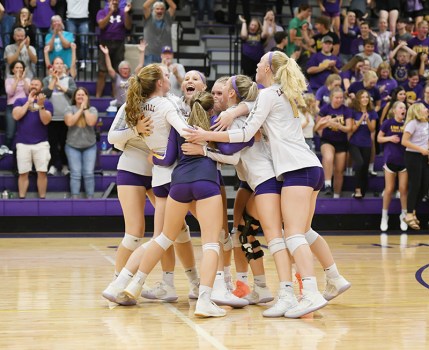 The players embrace after claiming the Top of Iowa West Conference title for the 16th time in 18 years. Lory Groe/For the Albert Lea Tribune 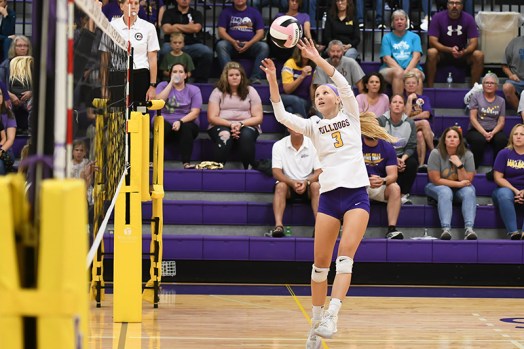 Senior Leah Moen sets the ball over the net in an attempt to catch the Forest City defense off guard. Moen had 24 assists, two kills, eight digs and two blocks in the match. Lory Groe/For the Albert Lea Tribune 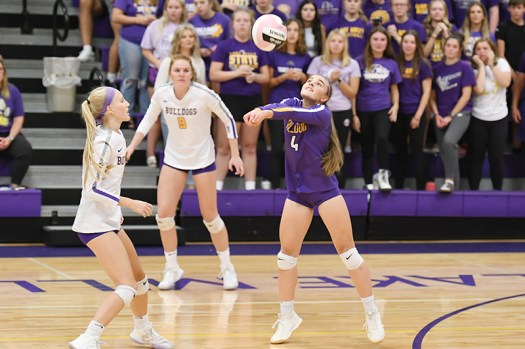 Sophomore Taylor Vanek bumps the ball up in the match against Forest City Tuesday night. The Bulldogs defeated the Indians 3-0 to claim the Top of Iowa West Conference title. Lory Groe/For the Albert Lea Tribune 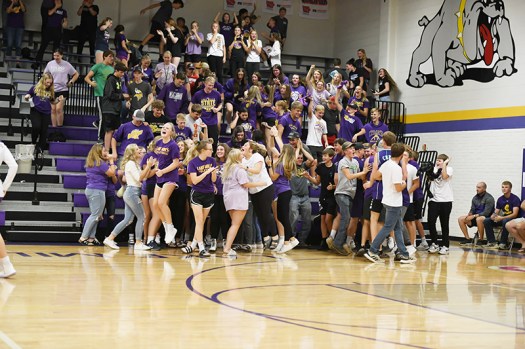 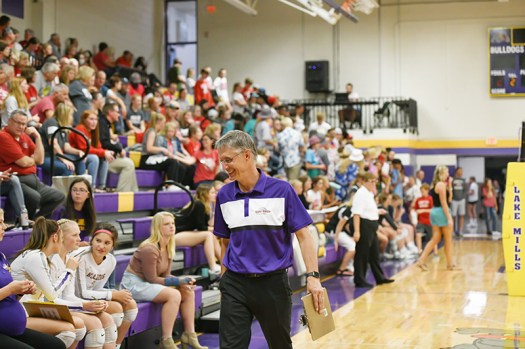 Head coach Jim Boehmer smiles at his players on the bench after the first set against Forest City Tuesday night. Lory Groe/For the Albert Lea Tribune 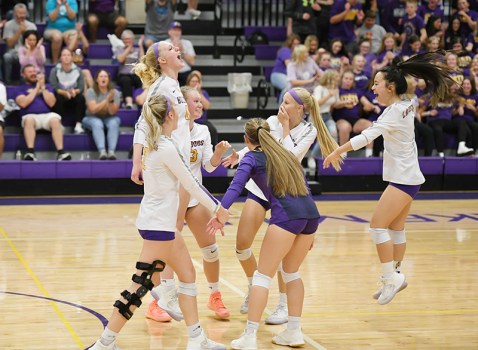 The Bulldogs celebrate after a big point Tuesday night. Lake Mills is now 24-4 on the season and 8-0 in the conference. Lory Groe/For the Albert Lea Tribune 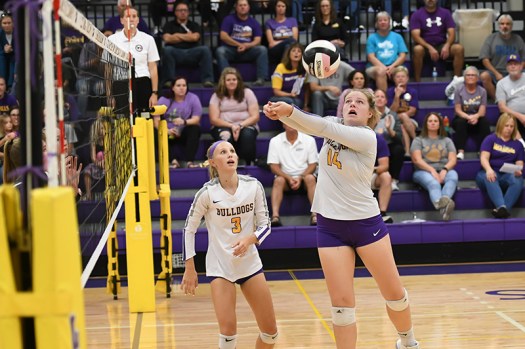 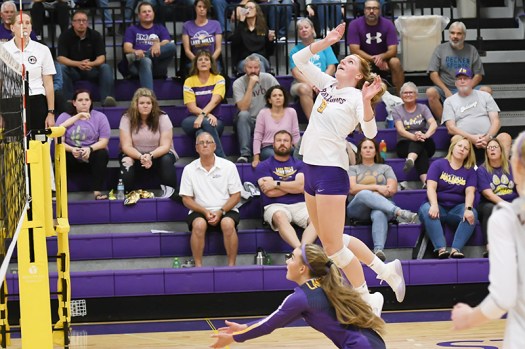 After dropping the title in the 2020 season, the Lake Mills volleyball team is officially back on top of the Top of Iowa West Conference with its win over Forest City Tuesday night.

Despite the Indians giving the Bulldogs a tough run in the second and third sets, Lake Mills came away with a 3-0 victory to go 8-0 in the Top of Iowa West and win the conference title for the 16th time in the past 18 years.

The Bulldogs started out strong, taking a 10-5 lead and forcing the Indians to call a timeout. Head coach Jim Boehmer said his team kept the pressure on after coming out of the timeout and went on to win the set 25-15.

It was Forest City’s turn to take an early lead in the second set, jumping ahead 8-3. Boehmer said his team did a nice job of limiting runs, while going on a few three and four-point runs themselves. The Bulldogs eventually took the lead for themselves at the 17-16 mark and pulled away to win the set 25-21.

Boehmer said set three could not have started worse for the Bulldogs as the Indians started on an 8-0 run.

“Our goal went from winning in three to just find a way to get momentum and see if we could just get on track,” Boehmer said.

Slowly but surely, the Bulldogs started to claw their way back into the set, winning rotations 3-1. Still trailing 18-12, Boehmer said the situation was still looking like it would be too tough to overcome. However, a 5-2 run by the Bulldogs made the score 20-17 and forced Forest City to call a timeout.

“At that point I told the team to just control the momentum and play with a sense of urgency and we will be OK,” he said. “Our game plan was good, we just need to do our job.”

Lake Mills ended the set on an incredible 8-2 run, winning 25-22 and clinching the conference title.

Senior Brooke Bergo and Ellie Hanna led the team in kills with nine each, and senior Kit Byars was right behind with eight. Bergo also recorded 11 digs, just two behind sophomore Taylor Vanek who had 13. Senior Leah Moen tallied 24 assists in the match and Byars led the way with seven blocks.

Boehmer said his current players were not born yet the last time the Bulldogs went two consecutive years without winning at least a share of the conference championship.

“We are well over two decades in that span and that has been a fun run,” he said. “The girls see the conference title on the wall every day and I’m sure that adds some pressure, but the girls responded well and have worked very hard this year.”

After claiming the conference title, Boehmer said the team’s next goal is to reach 30 wins this season. After the win over Forest City, the Bulldogs now sit at 24-4 with as many as nine regular season matches to play.

They have an opportunity to pick up three wins Tuesday when they host North Butler, Nashua-Plainfield and Hampton-Dumont.