United South Central's Kyllah Curry goes up for a kill attempt Thursday night against Bethlehem Academy. Curry had one kill, one dig and one block in the 3-0 loss to the Cardinals. Tyler Julson/Albert Lea Tribune 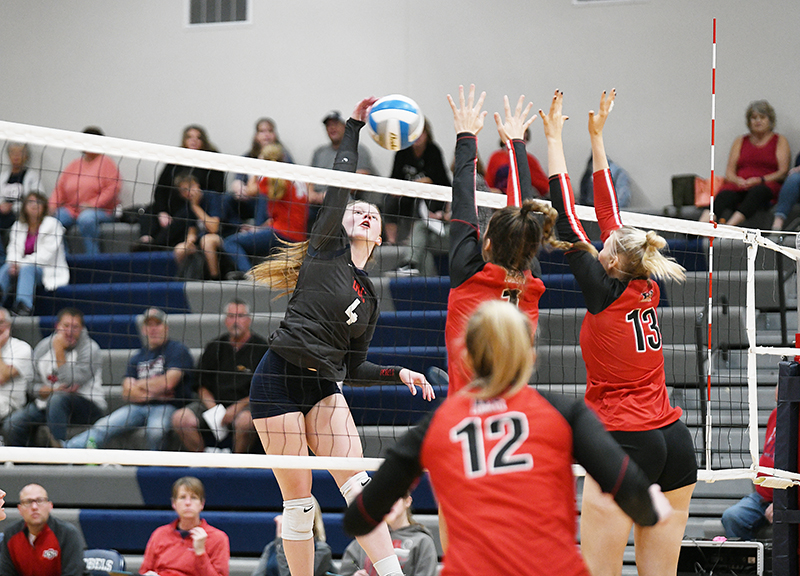 United South Central’s Kyllah Curry goes up for a kill attempt Thursday night against Bethlehem Academy. Curry had one kill, one dig and one block in the 3-0 loss to the Cardinals. Tyler Julson/Albert Lea Tribune 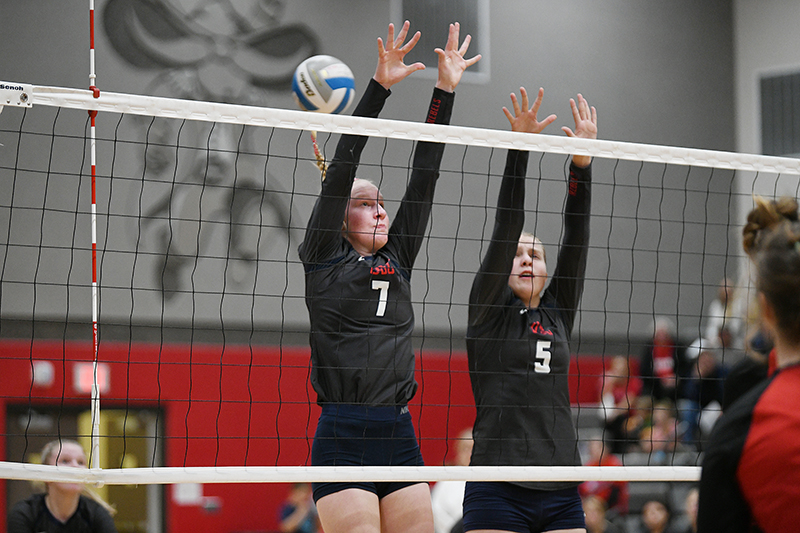 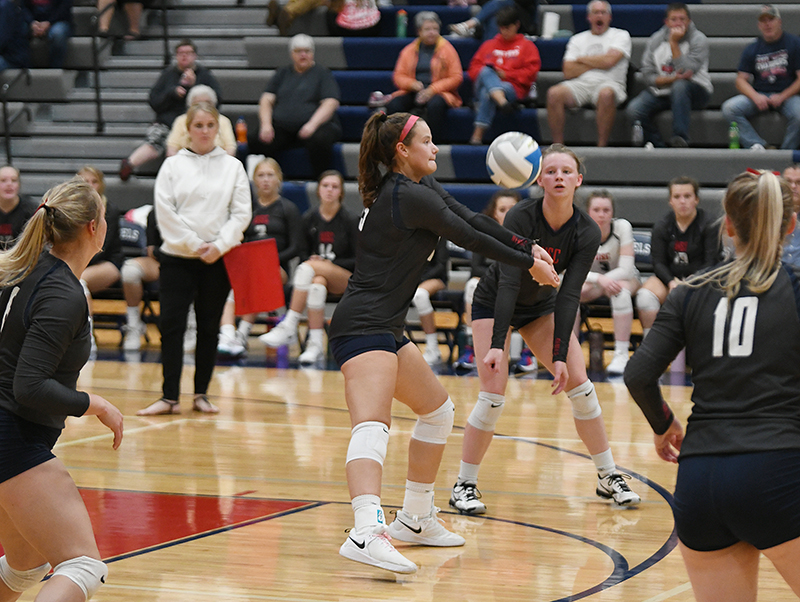 Kiera Schultz returns a serve Thursday night against Bethlehem Academy. Schultz had two kills, one dig and one block in the matchup. Tyler Julson/Albert Lea Tribune

After a 1-3-1 performance at the Nicollet tournament over the weekend, the United South Central volleyball team was looking to bounce back in a home match against Bethlehem Academy Thursday night.

Unfortunately for the Rebels, the Cardinals brought their best and forced the Rebels to play out of rhythm all night, with the Cardinals eventually winning in three sets 25-9, 25-14, 25-10.

Bethlehem Academy was firing on all cylinders, which made it difficult for United South Central to find their spots on the court.

Head coach Joe Kuechenmeister credited the Cardinals for getting his team out of their system throughout the entire match.

“If you’re running your offense from behind the 10-foot line, it’s hard to put any pressure on your opponents, and that was unfortunately the case for us,” he said.

According to Kuechenmeister, one of the positive takeaways from the night was the opportunity for more players who don’t normally get much playing time to get out on the court.

“We went with Alix at the end of set two because we needed a big presence at the net blocking,” Kuechenmeister said. “She racked up two blocks in her limited time, but did exactly what we asked of her and that was great to see her execute and have some success.”

The Rebels were led by Kendal Harpestad with four kills, five digs, one block and one assist. Melany Ehlert had eight digs, one kill and one ace, and Molly Wegner recorded eight assists and eight digs. Kiera Schultz, Kyllah Curry, Hannah Meyer, Lexi Johnson and Bushlack all combined for six kills, two digs, five blocks and one ace.

The Rebels move to 6-13-1 on the season and will be back on their home court for the final time this season Monday night when they host the 15-4 Knights of Alden-Conger.