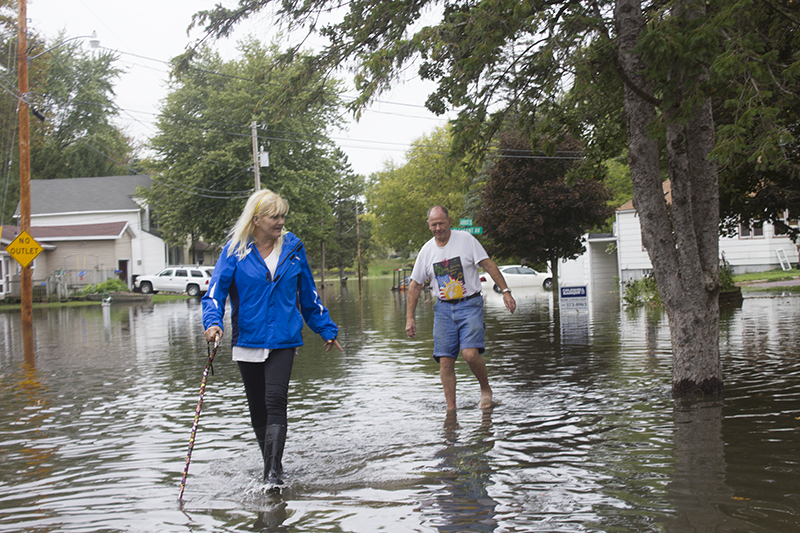 Albert Lea residents are cleaning up after extensive flooding, which could become worse if additional rainfall is received this weekend.

On the west end of Abbott Street, near Lakeview Elementary School, flood water covers the road and comes nearly halfway up road signs.

Lyle Lichliter, who lives on the west side of Abbott Street, said he became aware of flooding  Thursday when he saw an area dock go under water. He said he knew then that he would have to use a sump pump to remove water from his house.

“Then, we watched the grass start disappearing under the water,” he said, noting the flooding has only gotten worse since then.

“And it just kept going up and up and up,” he said.

Though water damage so far to the house he shares with his wife, Carole, has been limited to the garage and a small portion of the house, he said he thinks the damage would become worse if Fountain Lake water levels continue to rise.

“If it goes up another foot, it will get to the windows and the cellar door, then it will keep coming in,” he said. “As long as the lake keeps rising it will go into the basement then I start losing things, like the furnace, the washer, the dryer and water heater, stuff like that,” he said.

Lynn Von Hagen, who also lives on the west side of Abbott Street, said though her house has not flooded, the flooding in her neighborhood is extensive.

“It’s terrible,” she said. “I have not seen anything like it since I have moved here.”

Main Street between Garfield and Newton avenues, Lincoln Avenue between Commercial Street and Ninth Street, Wedgewood Road, Lakeview Boulevard between The Fairway and Martin Road, Edgewater Drive, Freeborn County Road 101 between Minnesota Highway 13 and Edgewater Drive, the intersection of Pearl Street and Elizabeth Avenue and Elmira Street from Stanley Avenue to Blackmer Avenue were closed in Albert Lea Friday due to flooding.

County officials advised reporting areas with water on the road and not allowing children to play in the water, which may contain debris.

Officials advised being aware of possible basement collapse if water is removed at too rapid of a pace. 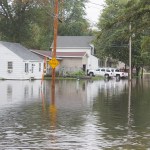 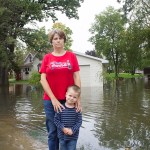 Lynn Von Hagen and her grandson, Kyler Hagen, at the scene of flooding on Abbott Street. — Sam Wilmes/Albert Lea Tribune 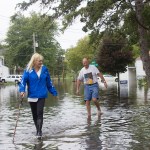