Owner of restaurant under water hopeful of reopening 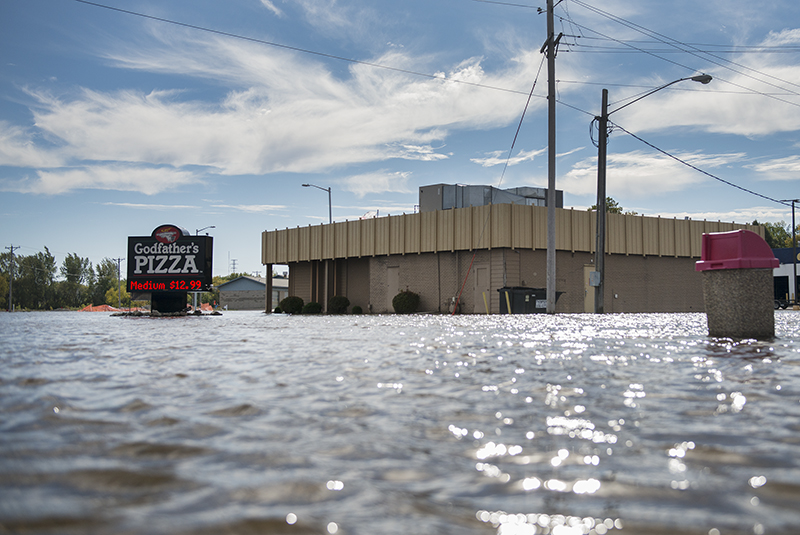 An Albert Lea business owner is confident his business will be able to open in the wake of flooding caused by torrential rain last week.

The area around Godfather’s at 509 E. Main St. is heavily flooded. The portion of East Main Street in front of the building was closed Tuesday, and water is still about 2 inches high on the building, Price said.

Though flooding outside is extensive, Price said some surface water and dirty spots caused by flooding are inside of the building.

“It’s not as bad as I thought it was going to be in there,” he said, noting reopening the restaurant will depend on when flood waters recede.

The Freeborn County Board of Commissioners declared a state of emergency Thursday to allow the county to ask the state of Minnesota for public infrastructure funds for storm cleanup.

Price, who has owned the Godfather’s building since 1985, said last week’s flooding was unique since he began owning the building.

“I’ve never seen it flood this bad,” he said.