Albert Lea residents devastated by floods find relief from others 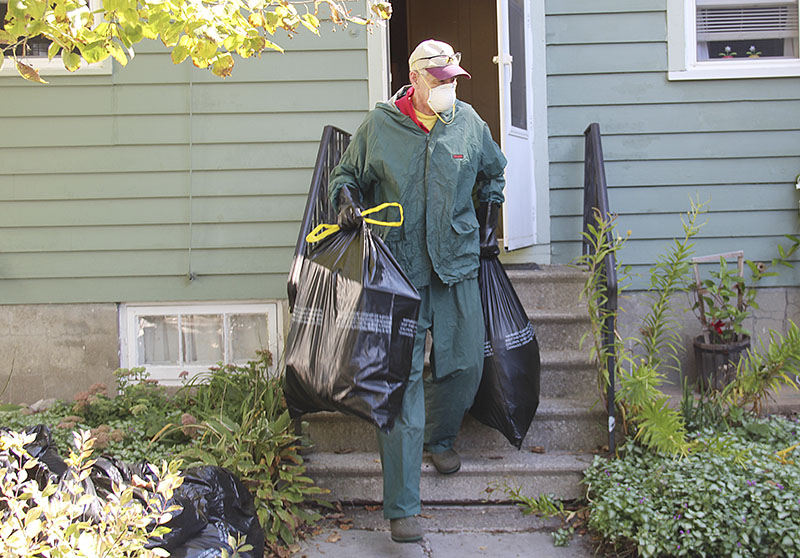 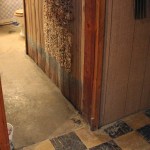 Sewer backup came up as high as 18 inches in the basement of Tom and Sharon Nelson during last month’s heavy rains. – Sarah Stultz/Albert Lea Tribune 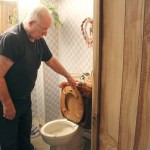 Tom Nelson of Stanley Avenue shows the toilet in his basement that sewer backup came out of during heavy rain last month. His home had about 18 inches of sewer backup in the basement. – Sarah Stultz/Albert Lea Tribune 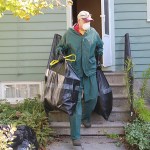 Thanks to a group of volunteers, a few local residents got an extra hand on Saturday cleaning up their flood-damaged homes.

Volunteers gathered at Skyline Plaza on both Saturday and Sunday, before venturing out to homeowners identified in need by local officials.

Gary Klason, team leader with the Minnesota United Methodist Disaster Response Team, said it is rewarding to help people in their time of need. Many of the people the team helps have never been through a similar disaster.

Klason said the team, which has volunteers from all over the state, typically comes in to help after the initial response to a disaster has passed. People typically have help from friends or family right after a disaster, but may need additional help in the following weeks.

In Albert Lea Friday and Saturday, he said the team helped clean out a basement that had been damaged by four feet of sewer backup, haul flood debris from another house and clear out contaminated items from a third home with sewer backup.

Tom and Sharon Nelson of Stanley Avenue live in one of the homes that benefited from the volunteer efforts on Saturday.

The couple said they had lived in their home for about 29 years and though they have had some flooding in the past, this was the first year for them to have sewer backup.

With Sharon Nelson recently undergoing surgery, the couple said they appreciated the extra help hauling their flood-damaged debris to the transfer station.

Tom Nelson said early in the morning of Sept. 22, he woke up to find it pouring rain outside and  a clanking noise coming from the basement.

He said he opened the door to the basement and saw water and sewer backup rising past their first two steps going up the steps.

Before too long, with the help of others, they had at least three sump pumps running to try to alleviate the damage.

“It was a mess,” he said, noting that the sewer backup reached 18 inches high.

The couple had a flood in 2008 and had a stop valve put in, in addition to their sump pump. In 2008 there was only sand and gravel that came into the house.

“This time it all has to go,” he said about the damage.

That includes many appliances, including a furnace, water heater and washer and dryer, wood paneling and flooring.

He said the damage estimate is at least twice as much as the cap for their insurance coverage for sewer backup.

Elaine Wesely, who lives on Pillsbury Avenue, said she was grateful for the help she received from the volunteers on Saturday.

Living with severe lung problems, Wesely said she moved to Albert Lea about two years ago from an acreage in the county. She said she was careful when she looked at houses to buy. She didn’t want a house with any sign of mold or water problems, and that’s what she thought she had purchased.

Wesely said the day before she first looked at her house prior to buying it, it had rained 4 1/2 inches, and there were no signs of water in the house.

“I’ve never had any problems until last week,” she said on Saturday.

That’s when her basement was filled with almost two feet of sewer backup during heavy rains the night of Sept. 21.

She said she was alerted to problems after hearing a noise that sounded like something was falling in the basement.

Soon after, she discovered water had filled her basement and had climbed up two stairs in the basement. It was inching up on the third.

Damaged were many of Wesely’s prints, photographs, three new furniture sets, a furnace, a washer and dryer and other appliances.

“I’m devastated over this,” she said. “I don’t know how I’m going to recover.”

She said she has insurance coverage for sewer backup, but that caps at $5,000. She estimated she has at least $20,000 in damage.

“I don’t know how I’m ever going to come out of this,” Wesely said.

Owner of restaurant under water hopeful of reopening, click here.