The Albert Lea wrestling team got the best of its Big Nine Conference rival twice en route to conference and section championships, and Lake Mills’ volleyball team equaled 2010’s success with a state tournament berth and 45 wins to start the season.

Away from prep sports, Albert Lea was without its amateur baseball team, the Colonels, for the first time in two decades, but the city gained a new hockey team. The Waldorf College Warriors began playing its inaugural season at newly-renamed Roy Nystrom Arena in October.

The Albert Lea Post 56 Legion baseball team hosted its district tournament in the summer and took advantage by earning a state tournament berth. United South Central’s girls’ track and field, golf and cross country teams also advanced to state tournaments. In wrestling, USC had one of its seniors finished second in the state.

In the pool, Albert Lea’s girls’ swimming and diving team posted one of its best seasons in years and had individuals vying for state titles.

Here are the top sports stories of 2011: 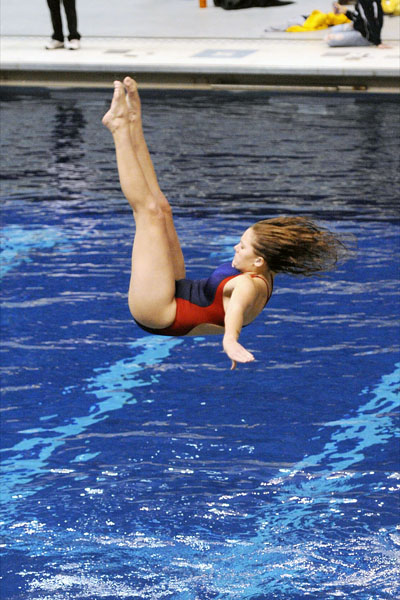 Albert Lea junior Karli Kriewall dives in November during the finals of the 1-meter dive in the Class A State Tournament at the University of Minnesota Aquatic Center. -- Photo by Photobroder

The Tigers’ junior got off to a slow start at the state meet this season and sat in 10th place following the preliminary round. Kriewall bounced back on Day 2 and scored

“I wanted top two but with the bad dives I had on Friday I’m fine with third,” said Kriewall, following the state meet. “I was kind of freaking out on Friday, and after I was in 10th I really wanted podium. After seeing I got podium I really wanted to beat what I got last year.”

Kriewall’s resurgence earned her All-State honors and All-American consideration, and the Tigers’ diving coach, Jill Johnson, knew there was room for improvement in the finals.

“She just did her job,” Johnson said. “She performed her last three dives exactly the way she knew how and she did great. It was very fun.